The Church and Homophobia

Franciscan, Father Dniel P. Horan, a professor of theology at Notre Dame University in Indiana, here questions the place of institutional homophobia and sexism that is still driving people away from the Church. Relating the Gospel example of Jesus’ treatment of ‘sinners’ – a category attributed to LGBTQI people by many Church Leaders today – may yet be a warning to the Church to avoid the problems of ‘Pharisaism’ which isolates a group of people for their innate sexual identity and its consequent behavioural situation.

Interestingly, the Head of the Roman Catholic Church, Pope Francis, does not approve of the Church’s attitude of judgement on this particular issue, pointing out the fact that all human beings are sinners – but redeemed by the Sacrifice of Christ. “Jesus Christ came into this world to save sinners” – and that’s every one of us.

In this paragraph from Fr. Daniel Horan’s excellent article (below) he expresses the theology of Pope Francis on the opposition to LGBTQI people in the Church:

“How quick these church leaders are to forget that Jesus was executed in part precisely because he was so inclusive, so unafraid of the social and religious claims that said Jesus should not dine or associate with such outsiders and sinners. Jesus upset the status quo, rocked the boat of accepted religious and social decorum, and prioritized the inherent dignity and value of everyone he encountered, regardless of their social or religious status.”

Church’s anti-LGBTQ policies drive people away — and the policies are sinful, too 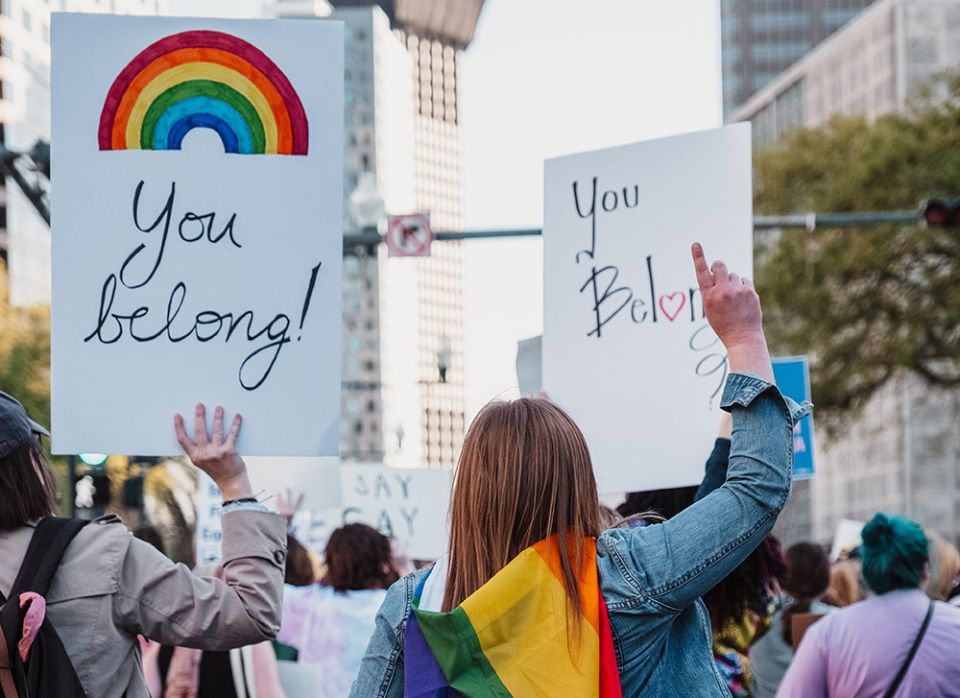 Last week, the Pew Research Center published a report that shows Christianity on the decline in the United States. While Christianity remains America’s majority religion at present, the new study shows that Christians could make up less than half of the population in just a few decades.

The major cause for this shift is not necessarily growth in non-Christian traditions, though those are somewhat increasing due to migration. Instead, this decline of Christianity is a direct result of the increasing trend of disaffiliation, especially among younger generations. Those born and raised in Christian traditions are walking away from the church, and in growing numbers.

While the Pew study did not specifically examine the reasons for this trend, Kramer said that scholars have offered some theories, including that this might simply be the predictable outcome of an increasingly secular society, while “other people point out that affiliation really started to drop in the ’90s. And it may not be a coincidence that this coincides with the rise of the religious right and more associations between Christianity and conservative political ideology.”

Also last week, my NCR colleague Katie Collins Scott published a lengthy article that chronicles the growing number of dioceses and Catholic-identified institutions that have adopted anti-LGBTQ policies and statements, and traces the deleterious impact these actions have had on queer people, queer youth in particular.

How quick these church leaders are to forget that Jesus was executed in part precisely because he was so inclusive.

When you consider the message of hatred, ignorance, division and discrimination that such dioceses and religious institutions are adopting, it is no wonder that so many people are simply walking away.

It is striking to me that many of the supporters of these statements and policies are also those most inclined to lament the decreasing presence of young people at church or the dropping enrollment in Catholic schools. So, from a pragmatic perspective, it makes little sense to embrace such harsh and discriminatory policies and then complain that the very people you vilify or dehumanize — along with their loved ones, family members, friends and neighbors — are not interested in participating in your church.

As has been observed many times before, in the Gospels Jesus reserved his harshest criticism for religious leaders who were hypocrites, who said one thing and yet did another, usually resulting in negative consequences for those who were already vulnerable. There is no shortage of irony that those entrusted with ministerial leadership and church authority today — the contemporary counterparts to Jesus’ own criticized religious leaders of his time — are acting with such hypocrisy all in the name of Christ.

How quick these church leaders are to forget that Jesus was executed in part precisely because he was so inclusive, so unafraid of the social and religious claims that said Jesus should not dine or associate with such outsiders and sinners. Jesus upset the status quo, rocked the boat of accepted religious and social decorum, and prioritized the inherent dignity and value of everyone he encountered, regardless of their social or religious status.

Meanwhile, instead of risking the vulnerability and discomfort necessary to learn about the real-life experiences of others, to hear about what it is like to be a transgender person or queer teenager, too many of today’s church leaders predicate their own narrow vision of human personhood onto those who don’t fit easily into their own narrow ecclesial or social categories. In turn, insult is added to preexisting injury; danger and harm are compounded by pastoral malpractice.

This truth about the inherent goodness and dignity of queer people generally and the reality of transgender experience is best known by those who identify as LGBTQ.

These statements and policies have real consequences, none of which are good. Despite the pleasure of misplaced self-righteousness that the authors of such statements and policies might feel, these documents only contribute to the already high rates of depression and suicide that LGBTQ youth experience. And they send a clear message of exclusion and rejection, which is not a very Christian behavior.

The psychological harm that is increased, the emotional and spiritual violence that is experienced, and the blood of the deaths of young people who are victims of bullying, harassment and even suicide fall on the hands of those who “tie up heavy burdens, hard to bear, and lay them on the shoulders of others; but they themselves are unwilling to lift a finger to move them” (Matthew 23:4).

I know this is difficult for some pastoral ministers and church leaders to hear, especially those who have been convinced or have convinced themselves that they are merely demonstrating “tough love” or “pastoral care.” But these statements and policies are dead wrong.

They are just as wrong as the church’s anti-religious liberty teaching before Vatican II, which was completely reversed in 1965, adopting the theological position for which Jesuit theologian John Courtney Murray was silenced less than a decade earlier.

They are just as wrong as the church’s support for native genocide and European colonial expansion in the 16th and 17th centuries, even while some minority voices like Dominican theologian Bartolomé de las Casas argued in favor of the inherent dignity and value of Indigenous peoples’ humanity from across the Atlantic Ocean.

They are just as wrong as the church’s previous instances of stubborn refusal to accept hard truths of scientific discovery and expanding knowledge. Just ask Galileo Galilei about heliocentrism or the early proponents of biological evolution; the church’s teaching now accepts these insights of both.

I am not arguing that church leaders and pastoral ministers need to change their views, statements or policies because someday the church’s official teaching will reflect the truth they cannot yet grasp. I am arguing that there are plenty of people who see that truth today — like Murray, de las Casas, Galileo did in their times — and they are trying to communicate that truth with both love and urgency.

This truth about the inherent goodness and dignity of queer people generally and the reality of transgender experience is best known by those who identify as LGBTQ. All these church leaders and pastoral ministers need to do is exercise the virtue of humility and genuinely listen to and learn from them. But statements and policies like the ones Scott reported on last week signal an unwillingness of the authors to do even something that simple.

There is also a lot of theological work that still needs to be done to continue incorporating what we are still learning about ourselves and the world with our faith tradition in the spirit of the never-ending task of fides quaerens intellectum (“faith seeking understanding”).

Many of these statements and policy documents presuppose an inadequate theological anthropology, which must be interrogated and renewed in the spirit of both updating (aggiornamento) and drawing from the sources of our theological tradition (ressourcement), as the Second Vatican Council modeled.

In the meantime, more young adults will be harmed, and some will die. And a much greater number of people — young and old alike — will continue to walk away from a church that purports to preach the love of Jesus Christ, but in practice regularly serves only a conditional love skewed by hatred and discrimination.

Franciscan Fr. Daniel P. Horan is the director of the Center for Spirituality and professor of philosophy, religious studies and theology at Saint Mary’s College in Notre Dame, Indiana. Follow him on Twitter: @DanHoranOFM.