Because of the confusion on the part of a visitor to the Church of Saint Michael and All Angels (Anglican) church, here in Christchurch, New Zealand, regarding the status of a non-affiliated (schismatic) church located elsewhere in our city; I have decided to recall this article from the U.K. ‘Church Times’ that was published at the time of institutional separation of the separatist ‘GAFCON’ movement church, brought into being by secessionists from the traditional Anglican Church in Aotearoa/New Zealand – ACANZP – assisted by bishops of the GAFCON community from overseas churches (some of these re actually nominal Anglicans and others, bishops of other breakaway quasi-Anglican schismatic Churches from the U.S.A., the U.K., Africa and Sydney, Australia)..

(n.b. GAFCON has set up its own ecclesiastical structures – separate from the Anglican Communion which looks to the Archbishop of Canterbury & the Lambeth Conference for guidance, fellowship and leadership )

If this sounds confusing, perhaps a look at this orginal article may help understanding:

Consecration of GAFCON bishop in new NZ Church is criticised 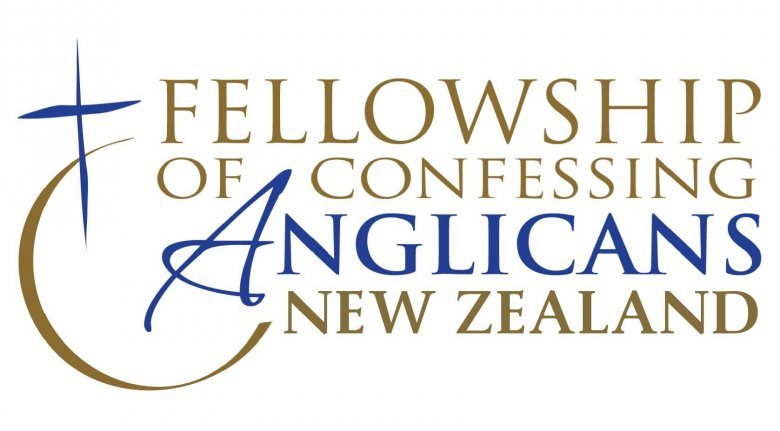 THE consecration of a bishop of a new Church of Confessing Anglicans in New Zealand, welcomed by synods in Australia, is a sign that the schism in the Anglican Communion is speeding up, the Bishop of Christchurch, Dr Peter Carrell, has suggested.

The two Archbishops of the Anglican Church in Aotearoa, New Zealand & Polynesia (ACNZP) have described the presence of bishops in communion with their Church, who had not informed them before crossing boundaries, as “disturbing”. They are planning an “appropriate protest”.

The Virtue Online website reports that 650 people attended the consecration of the Revd Douglas (Jay) Behan as the first bishop of the Church of Confessing Anglicans Aotearoa, New Zealand (CCAANZ), a local expression of the GAFCON movement, at Centennial Chapel, St Andrew’s College, Christchurch, on Saturday.

It was conducted by 16 bishops and archbishops, including the Archbishop of Sydney, Dr Glenn Davies, and the Bishop of Tasmania, Dr Richard Condie. The synods of both Sydney and Melbourne have welcomed Mr Behan’s appointment.

“Is this the moment . . . when the fracture in the Anglican Communion becomes irreversible?” Bishop Carrell asked the Archbishop of Canterbury in a message posted on Twitter on Saturday. “Australian bishops out of protocol control, two of their synods greeting a breakaway diocese. Archbishops from Rwanda, Australia and ACNA combine to inaugurate a new Anglican Church!”

On Monday, he said that there was a “range of reactions” to the consecration in his diocese. The failure of bishops in the Communion to inform the diocese of their intention to minister there was “bewildering to many here”.

“I fear that the significance of the weekend’s incursion goes beyond the inauguration of a new Church and is a sign that the slowly emerging schism in the Anglican Communion is speeding up,” he said. “When the two largest dioceses in Australia recognise a new Anglican Church in another Anglican jurisdiction, we have a straightforward confusion of the goal of the Anglican Communion that we seek to fulfil the prayer of our Lord Jesus Christ, that they may be one.”Advertisement

In their joint statement on Tuesday, the Archbishops of ACNZP, the Most Revd Philip Richardson and the Most Revd Don Tamihere, wrote: “The disrespect for the normal protocols of the Anglican Communion and the lack of courtesy shown to our Church by these boundary-crossing bishops is disturbing, and we will be making an appropriate protest about their actions.

“We are especially concerned at the boundary crossing of bishops from the Anglican Church of Australia. We value our trans-Tasman relationship with our neighbouring Church and are disappointed to find a lack of respect for the jurisdiction of our Church.”

The formation of CCAANZ and the election of Mr Behan as bishop was announced in May last year, after the general synod of the ACNZP voted to allow the blessing of same-sex marriages or civil unions (News, 11 May 2018).

Mr Behan, who has been the Vicar of St Stephen’s, Shirley, in Christchurch, for 11 years, was one of two priests who immediately announced their resignation after the vote. He will now oversee 12 parishes, while continuing in this incumbency.

An online petition begun by Canon Christopher Douglas-Huriwai, a priest in the ACNZP, requests that the Fellowship of Confessing Anglicans New Zealand remove all references to Aotearoa.