Evangelism in the Church of England, today.

Tom Holland: The preacher who brought me back to church

When I was writing my book Dominion: The Making of the Modern Mind I went to a great variety of churches.

I did this as part of my research: to get myself in the mood for writing about the Middle Ages by visiting an abbey, for the Reformation by visiting a Lutheran church, and so on.

I found all these different churches a great source of inspiration. Two services, however, particularly resonate in my memory.

The first was in the village where I had grown up, Broad Chalke in Wiltshire. I attended a service in All Saints, the church where I had sung as a child in the choir, been married, and where my mother still worships.

The service was an early one, 8.30 maybe, and I went to it chiefly – I confess – to keep my mother company. I wasn’t expecting much from it. I anticipated that the congregation would be scanty, the mood downbeat, the whole occasion depressing.

When we got there, my darkest suspicions seemed confirmed. There were ten or so people, huddled in the choir stalls where I had used to sing as a boy – but now there was no choir.

Sitting there, waiting for the service to begin, it seemed I was a witness to the decline of the Church.

Yet then something amazing happened.

R. S. Thomas, in one of his poems, writes of how once, “in the darkness that was about / his hearers, a preacher caught fire / and burned steadily before them / with a strange light.”

That was how it seemed to me. The preacher was the Revd Anna-Claar Thomasson-Rosingh. Everything she said that early morning seemed lit by a pentecostal fire.

The readings had been on the Baptism of Christ in the River Jordan, and her preaching on it was visionary, scholarly, emotional all at once. Jesus, she pointed out, had been baptised not just with water, but symbolically – because the dove was a sacrificial animal – in blood as well. The baptism had been a kind of birth.

Perhaps because I was with my mother, and my wife is a midwife, I found this perspective an incredibly moving one. The fact that it was 08:30 with barely anyone to hear it made it all the more powerful.

My eyes were opened that morning as they had not previously been to this great tradition of Christian preaching – a tradition that has always been particularly fundamental to Protestant Christianity. I had been reading a lot about the Spirit and the experience of grace. 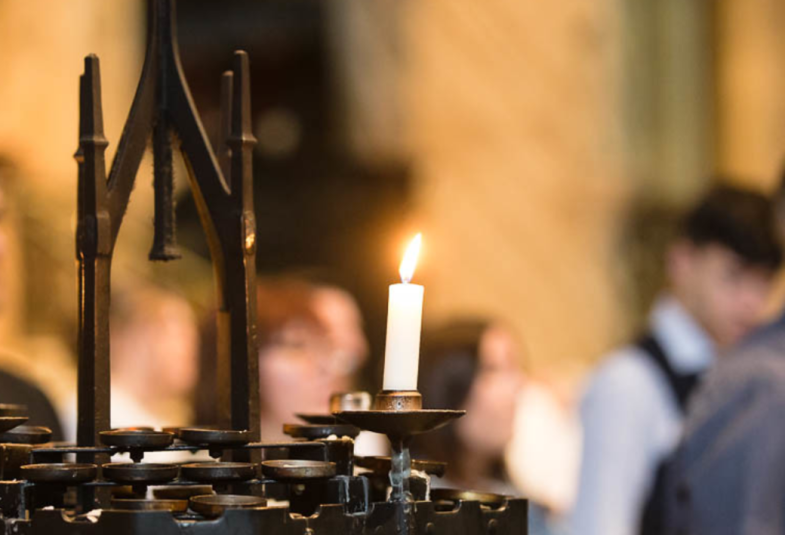 The other service that particularly stays in my mind was the first time I attended St Bartholomew the Great. This was a church that – in a sense – summed up for me everything that ‘Dominion’ is about: the great flow of the Christian tradition that embraces both the Catholic, the Protestant and the deist, the Middle Ages, the Reformation and the Enlightenment.

Founded by (reputedly) a jester at the court of Henry I who was miraculously cured of an illness by St Bartholomew in Rome, it played host to the only known visitation in London by the Virgin. The Lady Chapel, sold off in the Reformation, then became a printer’s, where Benjamin Franklin briefly worked. Today it is an Anglican Church, very much in the Anglo-Catholic tradition.

Sitting there, I could watch beams of light spill through the Norman windows and amplify the incense clouds; but I could also hear a sermon of great learning and compassion delivered by the ebullient rector, Father Marcus Walker.

Then there was the music! I found the whole experience incredibly beautiful, overwhelming almost. It gave me very powerfully the sense that I was in a holy place, hallowed by generations of people whose births, marriages, deaths had been marked there.

The whole of Christian history seemed to crowd about me.

Again, as with the service in Broad Chalke, it stays vividly in memories.

These two experiences of worship – in very different settings – have given writer Tom Holland a fresh vision of what the Anglican Church can be for the good of the world.

The first, while accompanying his mother to an early Holy Communion in the English village of Broad Chalke, exposed him to the enthusiastic preaching of a woman priest, whose love of Christ and her understanding of Jesus’ experience of Baptism by the Holy Spirit in the River Jordan at the hands of John the Baptist, awakened in the hearer a sense of his own relationship to Christ and the Church.

The second, as if to complement his first experience, occurred during a more Anglo-Catholic worship service at the London Church of Saint Bartholomew the Great – where the style of worship reflected the values of the Oxford Movement revival of the Catholic tradition that had been resurrected from the painful effects of the ultra-Protestant signs of rebellion against Rome at the Reformation.

Somewhere between these two poles – of Pentecostal preaching and Sacramental worship – the genius of the Church of England was encountered , in a measure significant enough to encourage and motivateTom Holland to give his moving testimony to the validity of the Church at a meeting of this Church of England Conference on evangelism and discipleship.