Pope Francis – Option for the Poor in a post-COVID world

The pope’s blueprint for a world after Covid-19 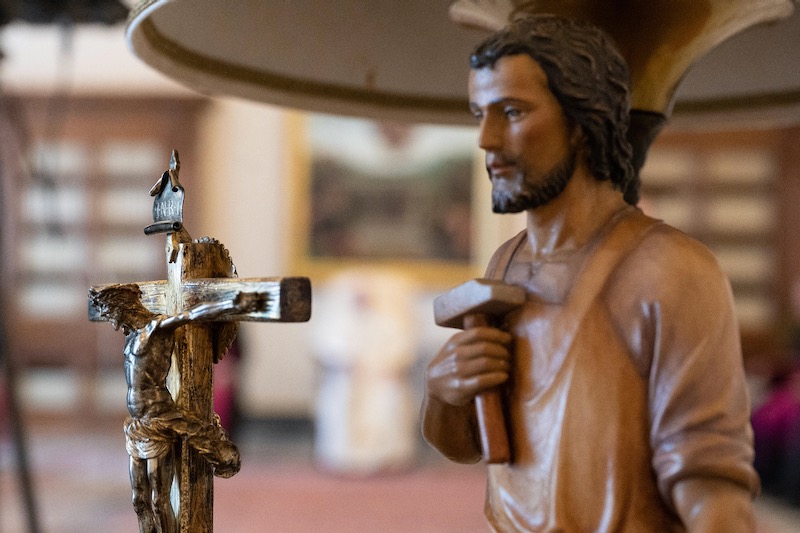 He has started quietly, and during the August holidays, but Pope Francis is offering a blueprint for how governments, civil society and the Church can rebuild in the wake of the Covid-19 pandemic. The 83-year-old Roman Pontiff has been dedicating his Wednesday general audiences on how the social Gospel, and the theological virtues of faith, hope and charity can help heal the world.

Over the last four Wednesdays in August, Francis has focussed his audiences on the pandemic, peppering his reflections with economic messages designed to make world leaders sit up and think. And he’ll be continuing in this vein over the coming weeks.

His reflections are not designed to offer policy proposals or support any political program. But they are having a geopolitical impact. On 19 August, the pope said it would be “sad” if a vaccine for the Coronavirus became the property of rich nations and was not shared universally. He argued that the “virus of social justice” is as big a challenge as the medical response to Covid-19, leading Tedros Adhanom Ghebreyesus, director-general of the World Health Organisation, to tweet that “he couldn’t agree more” with Francis.

The Pope’s talks are part of his plan to “prepare the future” in light of Covid-19. For Francis and his advisers in the Vatican, this work is not just for the “experts” working in health, development or politics but the whole Church. He believes the Catholic tradition has a lot to contribute to the post-virus world. “The pandemic has exposed and aggravated social problems, above all that of inequality,” the Pope said on 26 August, speaking from the library in the Vatican’s Apostolic Palace. These symptoms of inequality reveal a social illness; it is a virus that comes from a sick economy. And we must say it simply: the economy is sick. It has become ill. It is sick. It is the fruit of unequal economic growth – this is the illness.”

Throughout his pontificate, Francis has repeatedly criticised excesses in capitalism, and the widening gap between the rich and the poor. As a result, he’s been criticised by wealthy Catholics, particularly in the United States, who like to blend their faith with defending the unfettered free market. They are uncomfortable with this Pope’s focus on social-political matters and wish he would stick to a narrower canvas of Catholic teaching. Yet Jesus did not shy away from politics, as evidenced by the Sermon on the Mount.

The late Cardinal Carlo Maria Martini, one of the great leaders of the 20th century, once reflected on this fact:

“Jesus awakened the innermost strengths of the poor and made it a political issue,” the former Archbishop of Milan explained. “The political strategy of Jesus begins with him taking notice of people’s needs. In fact, he lives with them. Jesus is asked for help by a great many people, and yet he doesn’t give up, but seeks young people and trains them to be his helpers, to be apostles. This training of his disciples was, in fact, political.”

Despite the claims of his detractors, the Pope is not trying to end capitalism but instead call for a fairer economic system.

“Property and money are instruments that can serve mission,” the Pope explained today, “however, we easily transform them into ends, whether individual or collective. And when this happens, essential human values are affected.”

Economic worth, Francis stresses, does not define a human being’s value. In his 26 August address, he pointed out that “homo sapiens” should not be deformed into “homo œconomicus – in a detrimental sense – a species of man that is individualistic, calculating and domineering.”

Through the messages in his audiences, the Pope is setting out the principles of Catholic Social Teaching, often described as the hidden treasury of the Catholic Church. The body of teaching is designed to apply the values of the Gospel in the public square. It includes the principles of human dignity, the common good, a preferential option for the poor, solidarity, subsidiarity and care for the environment.

Covid-19, and the profound questions responses to the pandemic raise about the organisation of societies, offers a chance to communicate the Church’s social message to a broader audience.

Francis is trying to seize this opportunity.

On 19 August, the Pope described the “preferential option for the poor” as a “key criterion for Christian authenticity” and that everyone in the Church should be involved in “the liberation and promotion” of the poor. These remarks had historical resonance: after years of being viewed with suspicion by the Vatican for its links to Marxist thought, liberation theology has moved into the Catholic mainstream.

In that speech, the Pope stressed that the preferential option of the poor is not political or ideological, but at the centre of the Gospel. Intriguingly he cited, as a footnote, the 1984 instruction on liberation theology from the Congregation for the Doctrine of the Faith, written by Francis’ predecessor, Cardinal Joseph Ratzinger. The instruction was highly critical of some aspects of liberation theology – although it did not condemn it outright.

Later this year, in Assisi, the Pope is due to take part in a summit, the “The Economy of Francis”. The event, to be attended by students, academics, and entrepreneurs is planning to offer a new type of economic model which is more sustainable, more local and which serves ordinary people.  This “anti-Davos” event is taking Saint Francis of Assisi as its guide, the 11th-century friar held up for his witness to poverty, peace and care for creation.

Saint Francis is also the namesake of this Pope, who, like the poor friar from Assisi, is trying to apply the message of the Gospel to the big questions of his age.

This latest report from the U.K.’s ‘TABLET’, is a welcome reminder to the world – both sacred and secular – that there are lessons to be learned from the current situation of a global pandemic When lives are threatened, and health becomes a preoccupation for everyone – regardless of social status or religious affiliation – one has to examine what it is that causes such acute concern, and how this may be addressed.

In the world of today, there are questions, for instance, of how we use its resources – both material and spiritual – and whether or not they are equably distributed amongst its citizens. As Head of the largest Christian Church throughout the world, Pope Francis feels he has a duty to point to those things that militate against the good of all sectors of society. Anything that divides people from one another, on the basis of class, race, gender or availability of the means of livelihood, he sees as needing to be addressed.

In this timely message to Catholics around the world, Pope Francis is challenging the rest of us, also, to consider how our attitude towards our neighbour (everyone else) affects our ability to ampathise with and contribute towards the common good – rather than avoiding our responsibility to share the good we have with other people in the environment of the world in which we all live and have our being.

At a time when certain countries of the world are seeking to choose their individual leadership figures, one needs to seriously consider how each leader presents themselves as being suitable for leadership. A question that might be asked at this time is: “How prepared are such people to defend the common human rights, not only of their own constitutency, but also that of other countries of the world we share in common?” For instance; is the demand of the current American leadership to ‘Make America Great Again’, really consistent with world peace and economic survival?

These are questions that each one of us has to consider in this time of international crisis. Do we seek to preserve our own standard of living at the expense of that of others around the world? How does ‘Climate Change’ affect our own consumption of the world’s limited resources? How concerned are we for social and economic justice for ALL people – some of whose lives are blighted by a seeming inability of some governments to address the social and spiritual inequities of their own citizens? How seriously do we Christians, for instance, believe that all human beings are equal in the sight of our Creator, God?