“You cannot imagine my guilt at having been a denier, carelessly shuffling through this pandemic, making fun of those wearing masks and social distancing. 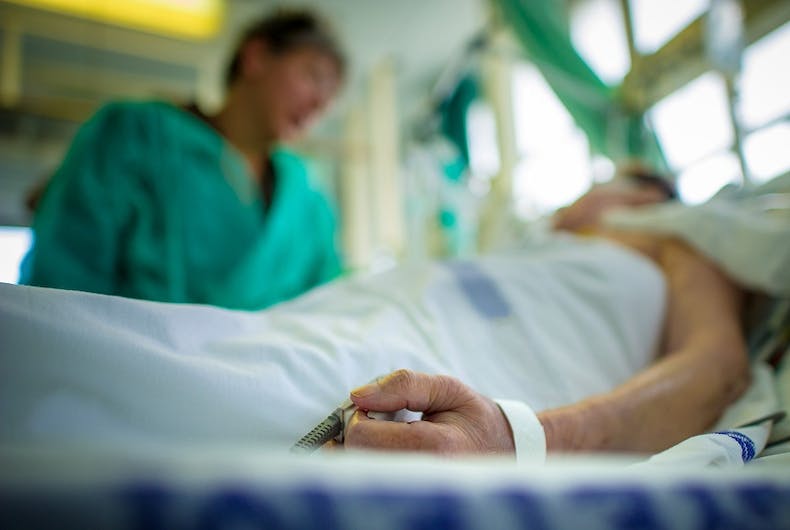 A gay conservative thought that coronavirus was a Democratic hoax… until he and his entire family caught the virus. He was hospitalized when the virus attacked his central nervous system and almost caused a stroke.

Tony Green, who is white and is a “cultural transformation coach to prisons and inmates,” wrote in a column for the Dallas Voice about his experiences as a “gay conservative” who voted for Donald Trump in 2016 and how it takes “a lot of tenacity to earn respect from” LGBTQ people and other conservatives.

Related: Anti-gay politician who decried mask mandate as “draconian” has been hospitalized for COVID

Since he was already primed to believe conservative media, he wrote that he was “traveling deep into the conspiracy trap over COVID-19” before he caught the virus, saying that he believed it was a “scamdemic.”

“I believed the virus to be a hoax,” Green wrote. “I believed the mainstream media and the Democrats were using it to create panic, crash the economy, and destroy Trump’s chances at re-election.”

So, he said, he had no problem continuing to host gatherings for his family. Until he got sick on June 14, 2020.

“By Monday, June 15, my partner and my parents were all sick,” he wrote.

“Only the [partner’s sibling’s] newborn was spared,” Green wrote.

Green wrote that he and his father-in-law went to the hospital on June 24, ten days after they started showing symptoms. The virus had attacked his nervous system and he almost had a stroke, but medical professionals caught it in time.

His father-in-law’s mother died a week later. Five more family members at the funeral tested positive. Green’s father-in-law was put on a ventilator.

“You cannot imagine the guilt I feel, knowing that I hosted the gathering that led to so much suffering,” he wrote. “You cannot imagine my guilt at having been a denier, carelessly shuffling through this pandemic, making fun of those wearing masks and social distancing.”

“For those who deny the virus exists or who downplay its severity, let me assure you: the coronavirus is very real and extremely contagious.”

Green told readers to wear a mask in public and comply with public health rules because “defending your rights and freedoms from being trampled” might land “your family and friends” in the hospital.

“Try being the one to pick the only 10 people allowed to attend a funeral for a loved one,” he wrote grimly.

Taken in by Donald Trump’s epic denial of the reality of COVID 19, this Gay Republican was one of many in his party who really thought that the epidemic was a political tool being used by the Democratic Party in the U.S., designed to unseat Trump in the upcoming United States Presidential Election.

Similar to the climate-change deniers in the United States, the devastating effects of the denial of the reality of COVID 19 has brought havoc to some of the very people who had campaigned against the inevitability of what is now happening – not just in the U.S. but also around the world.

At least this man, Tony Green, has had the grace to accept that he (and by token, all other COVID 19-deniers) were wrong, and that both climate change and COVID 19 are reralities that have to be acxknowledged and dealt with.