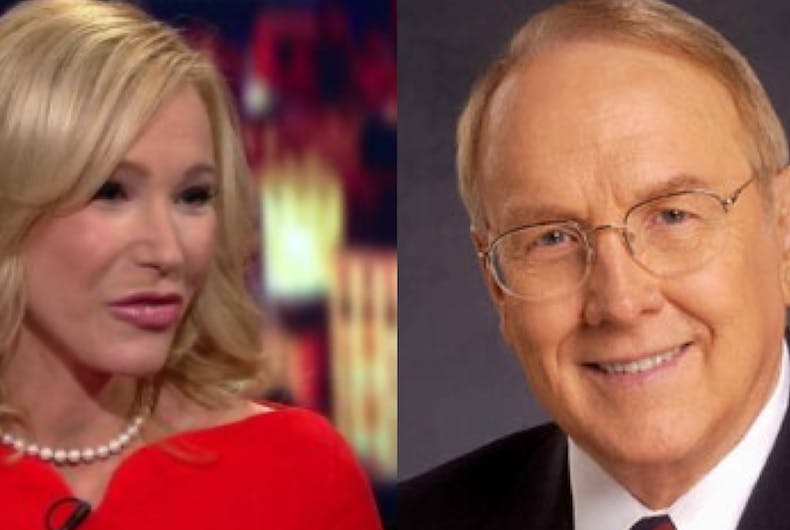 Recordings of conference phone calls held by White House officials – including several religious figures that work with or support Trump – reveal that Christian leaders were secretly walked through how to obtain emergency funding from the government. Participants in the calls prayed together and thanked officials for “blessing” them with the opportunity to receive millions in taxpayer dollars, even without being tax-exempt or meeting requirements necessary for non-religious organizations.

The funding in question was obtained through forgivable loans from the Paycheck Protection Program (PPP), a program administered by the Small Business Administration (SBA) meant to help businesses stay afloat amidst the drastic economic effects. Instead, several religious right and anti-LGBTQ organizations cashed in.

The Freedom From Religion Foundation (FFRF) has made audio recordings available of two conference calls where the White House held the hand of several religious leaders and explained how they could receive funding from the SBA, led by Administrator Jovita Carranza, who was the Treasurer of the United States until January. These recordings are of regular conference calls that the White House staff holds with religious leadership, and has previously included participation by both President Trump and Vice President Pence.

The first of the two recorded calls took place with at least 500 participants on April 3, the same day that the SBA publicly announced its creation of PPP. Participants in the conference call were not only already aware of the program, the SBA had already released a reported 10,000 loans. The call was “led by” Jennifer Korn, the Special Assistant to the President and Deputy Director of the White House’s Office of Public Liaison.

Trump’s spiritual adviser Paula White was introduced by her “official White House title,” the Adviser to the White House Faith & Opportunities Initiative, and she proceeded to lead the call in prayer. Surgeon General Jerome Adams then began discussing his religious beliefs, and told the fellow participants in the call that “we’re here trying to [especially] empower and equip…faith leaders to do what works to keep our citizens safe from harm.” Carl Anderson, Supreme Knight of the Knights of Columbus, and two other SBA representatives took part in the call as well.

From there, they discussed religious organization’s eligibility in receiving government funding, specifically in light of the SBA’s just-determined “final rule” on eligibility. Deputy Assistant to the President Jennie Lichter informed listeners that “Faith-based organizations are eligible, regardless of whether they provide secular social services…[because] churches receive some special treatment from the IRS,” including not needing to be certified as tax exempt. SBA representatives also informed participants that “sole proprietors, independent contractors, and self-employed persons” could also apply as religious organizations.

The second call “in partnership with the White House” took place on June 22, days before the PPP’s initial June 30 application deadline. James Dobson – a member of Trump’s Faith Advisory Council along with White – took part in this call, vocally expressing gratitude to the federal government and White House for helping his Dobson Family Institute.

Dobson said that the institute had “literally been kept solvent…by the Paycheck Protection Plan (sic)”  and emphasized that he had “never asked for, nor received, one cent from the federal government” in assistance in the past. Pastor Jentenzen Franklin and SBA Regional Administrator Ashley Bell also participated in this call.

On this call, White confirmed that the White House intentionally made the release of the loans possible. She also led two prayers – one that opened the call, berating non-Christians as “evil men,” and praised Christians as “attentive to godly counsel” – and a second, thanking God for operating through Carranza and offering “such a blessing to so many houses of worship and faith” through the loan program. White also thanked Trump for bringing faith-based organizations into the White House, and for “put[ting] ‘merry’ back in Christmas.”

While the funding from the loans came from the CARES Act passed by Congress, the administration of forgivable loans without congressional oversight was made possible through the SBA. In announcing the PPP loans, the SBA specified that they “are 100% backed” by them.

In total, churches and religious organizations received at least $7.3 billion from the SBA, according to documents released this month. The American Family Association, a designated hate group, raked in $2 million alone. Dobson received between $350,000 and $1,000,000 through his Dobson Family Institute.

Of the nearly 2 million loans distributed by the SBA, the average amount received by organizations was $107,000.

The FFRF specifically stated that “this ten-figure transfer of wealth from the American taxpayer to churches, was thanks to the SBA, not Congress. Trump rewarded his most fervent supporters with billions of taxpayer dollars in clear violation of the Constitution.”

This is yet another move made by the Trump administration to not only protect, but give back to people and organizations of the religious right that helped him get elected. Several cabinet-level agencies of the federal government altered the requirements of ‘social services’ to organizations that received federal funding in January, benefiting several anti-LGBTQ religious groups. Since then, several religious figures – including White – have taken advantage and banked on taxpayer dollar

Donald Trump’s courting of the Religious Right became more obvious when he appointed a specific “Adviser to the White House Faith & Opportunities Initiative” – in the person of Pentecostal pastor Paula White, whose activities on the part of the President are known to have helped in his relentless opposition to – among other issues of his presidency – his county’s hard-won enabling legislation on many aspects of common Human Rights, including that of LGBTQ people.

It would seem that, though Mr Trump does not have an impeccable track-record of marital fidelity, the Religious Right have embraced his aggressive stance against giving any credence to the new understanding of non-binary gender/sexuality issues that had already been addressed by Congress under the presidency of his predecessor, Barak Obama.

Determined to ensure his re-election chances by courting the Religious Right, President Trump has now resorted to deflecting funding allocated by Congress to COVID 19 victims, in order to shore up the ministries of the Anti-Gay/Trans conservative religious leaders who have offered him their support for re-election.

This cynical manipulation of government funds is only the latest of President Trump’s efforts to ensure his being elected POTUS for a second term – an outcome that would surely set back the Human Rights credibility of the current American Government on the world stage. One can only hope that Trump’s abysmal failure to manage the COVID crisis, together with his inept international diplomacy, will alert people of integrity among the Christian community to Trump’s infelicity and ensure that he does not succeed in his ambitious plans to gain further power.