Christians not immune to Coronavirus!

At least one person has died, and 43 people have fallen ill at an Illinois Pentecostal church, with at least 10 testing positive for coronavirus so far.

The more than three-dozen church congregants fell ill following a revival service held nearly two weeks ago, and many of them are now receiving treatment for severe symptoms in the hospital, or at home in self-quarantine.

Senior Pastor Anthony LoCascio’s wife, Layna, wrote on social media this week that at least 43 of the 80 church members who attended the 15 March revival service had fallen ill. The couple, who lead The Life Church in Glenview also confirmed that everyone in the group who had been tested for the coronavirus to date had been confirmed as having contracted the virus.

Layna LoCascio said on Facebook: “We have 43 infected (at minimum) from our church or connected to our church from our last service on March 15th.”

She added, “They all haven’t tested but whoever gets a test done ends up being positive, and we all have the same symptoms.”

“It’s just not easy. It’s especially not easy when you’re a leader and a pastor of a precious church and we all got infected together,” she wrote.

The church has said that the revival gathering had taken place just days before the state governor had issued a stay at home order. Prior to the service, state officials had only restricted larger public events of 1,000 or more, and for private gatherings to be less than 250.

The pastor’s wife mentioned one seriously ill congregant who has cancer: “One of the main pillars in our church, who has cancer, is in the hospital with pneumonia and a blood infection and pancreatic cancer and Covid19. He is not doing good.”

She added, “He’s in ICU and on a ventilator. My husband is tore up about it! SO torn up! He’s been so sick as well.”

Sadly since Layna LoCascio’s post, the Cook County medical examiner’s office confirmed that one of the 10 congregants who tested positive for coronavirus passed away on Friday.

William Rosado, 64, who suffered from pancreatic cancer died and his cause of death has been recorded as pneumonia due to coronavirus.

Church leaders had been weighing up whether to cancel the service or not in the days ahead of the gathering. However, the local area did not have many confirmed cases of coronavirus at that time, and they had put a lot of planning into the event, including a guest speaker from out of town, evangelist Eli Hernandez. They decided to push on with the service with a simple warning to congregants not to attend if they felt sick or had any symptoms.

Pastor LoCascio said, “We didn’t know [this would happen]. No one knew.”

Layna LoCascio said, “If it was just our family, it would be so much easier to deal with but when it’s effected so so many in our church, it’s just so hard.

“Little did we all know (leaders from our church and my husband and I and Bro Hernández & his family), little did we know that we were probably infected with Covid19.”

The service was to be the final gathering before a lockdown went into effect. Reflecting on how they had approached the service, Layna said, “We had invited so many guests & members. We all knew it was the last service before the lockdown. So many beautiful things happened! People filled with the Holy Spirit and we even had miracles. He even preached about faith! (Bro Hernandez.)”

She added, “But now…now he is at the hospital with pneumonia and under sedation, not doing good. What can I say? Do I give up my faith? Do I look straight into the eyes of what appears to be the most dreaded situation that could ever come of this?”

The pastor’s wife continued, “My very own sweet precious mother (and probably father too) ended up getting infected and now Momma is home with a bad cough and in bed. I could sit and FRET and WORRY (and believe me, I’ve done my fair share of that), and I could just let my spirit within me DIE, ORRRR I could just make the choice to say, ‘I KNOW MY GOD!!!!’ And my God says ‘I will be WITH YOU’!!!

Concluding she said, “My God is MORE than enough to supply all of my needs, all of OUR needs! Even if He is as SILENT as can be right now, I KNOW I’ve heard His voice before and I KNOW I will hear His voice AFTER!!! He told US!!! HE TOLD US WERE GOING TO THE OTHER SIDE!!!! I don’t care how hard the storm seems in this “sea of Galilee.” He has PROMISED my church dynamic end-time revival! He has PROMISED us that we would be a healing place! I will not BOW! I will NOT BOW to FEAR!”

_______________________________________________________
Sadly, there are still certain Christian Leaders out there who believe that active Christians are immune to the current COVID 19 epidemic. In view of the scientific evidence available (and also from this local demonstration reported here), we are now aware that no-one – except perhaps those who have already suffered and recovered from COVID 19 – has personal immunity from this particular strain, which is wreaking havoc in many countries of the world.
Responsible Christian Leaders are recognizing this important fact, and have advised their clergy and people to AVOID gathering together for community worship – precisely because of the harm that can come to people in close contact with one another. Also, the Bread and Wine of the Eucharist may not be shared in common – even though a priest may still Celebrate the Holy Communion in private, which may then be ‘offered’ on behalf of their parishioners, who may witness the ceremony online, participating in a ‘Spiritual Communion’, vicariously.
Spiritual naivety is no defence against the need for Common Sense – especially in a matter so dangerously deceptive as advising congregations still to gather in their local church buildings for worship. As is demonstrated in this story today, this pastor has naively endangered his congregation – to the point where some have contracted the virus. Most civic authorities – except perhaps in the USA, where President Trump has advised to the contrary – are cognisant of the need for everyone to stay in their own safety ‘bubble’ – mostly family members – where a degree of segregation can be safely maintained. This is to avoid the probability of community infection if these rules are wilfully ignored.
Christians now have the facility of Internet Worship, where individuals can access their own congregational solidarity, whose priest/pastor can provide a podcast of the worship carried out on their behalf in secure surroundings. One such provision, for those of us who are Anglicans, is here: 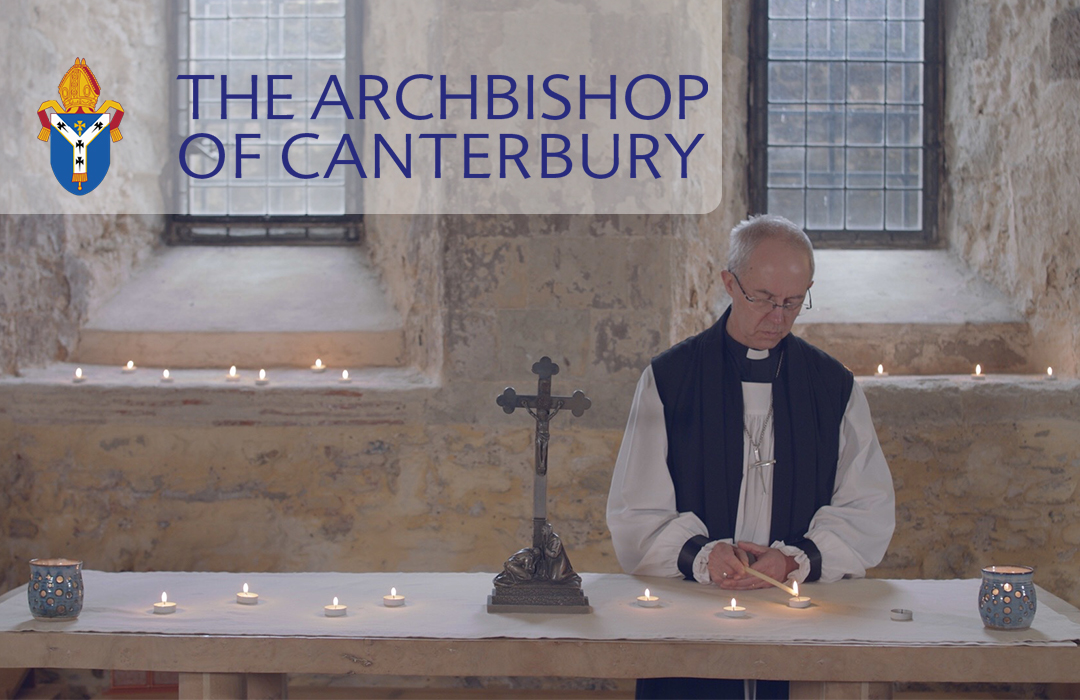 For Roman Catholics, here is another valuable resource:

Prayers and Blessings to ALL