Canterbury Has No Authority Over Church of Uganda 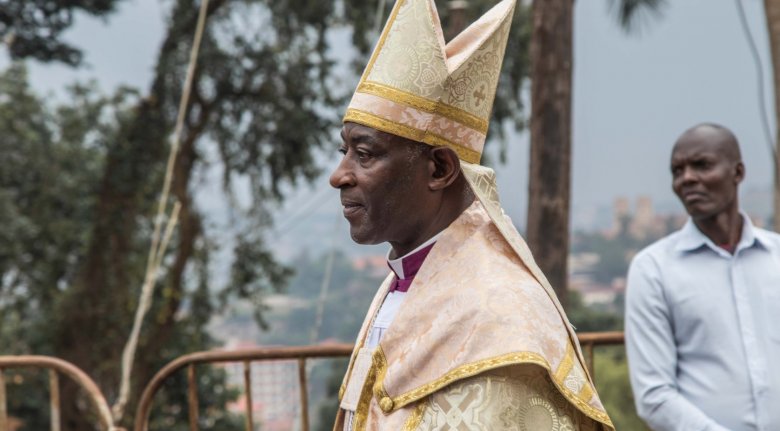 So much was familiar: the warmth, colour and vitality of the worship; the courtesy with which the many guests and dignitaries were recognised; the gospel-centred preaching; and, of course, the length of the service – which at around six hours is normal for such occasions in Africa, but can be quite a shock to international guests!

But although the form was familiar, some deeply significant changes in substance were brought into focus that point to how Anglican identity is changing in the 21st century. As was the case in 2012 for the enthronement of Archbishop Stanley Ntagali, the preacher was the Archbishop of the Anglican Church in North America (ACNA), then Archbishop Bob Duncan, now Archbishop Foley Beach (notwithstanding that according to the Archbishop of Canterbury he is simply an ecumenical partner).

And now in 2020, that recognition was made quite explicit in the new Archbishop’s Charge. Referring to both the ACNA and the more-recently formed Anglican Church in Brazil, Archbishop Kaziimba affirmed

‘They are not ecumenical partners, but genuine Anglicans’ and they lead ‘Bible-based alternatives to the liberal Anglican Churches that forced out their Bible-believing founding bishops and clergy’.

This shift from an institutional identity to a more consciously confessional Anglicanism, which is at the core of the GAFCON movement, was reflected in the structure of the service itself. Archbishop Welby’s role was simply that of a regional Primate amongst others. As the Church of Uganda’s Press Release stated: ‘Greetings were brought by Anglican representatives from global regions – The Most Revd and Rt. Hon. Justin Welby, Archbishop of Canterbury and Primate of All England, brought greetings from England, the UK and Europe.’

For the avoidance of any doubt, the press release stated plainly:

The reason for this need to disassociate from Canterbury’s authority is then made clear:

‘The Church of Uganda is, in fact, concerned about the Archbishop of Canterbury’s support for homosexuality and same-sex unions. He has consecrated a gay bishop in England, invited gay and lesbian bishops to the upcoming Lambeth conference, and promotes the recognition of same-sex unions in the church, schools, and society… For these reasons, the Church of Uganda House of Bishops will not be attending the Lambeth Conference.’

This is a remarkable statement. The reason given for non-attendance at Lambeth is not the presence of bishops from the notoriously revisionist Provinces, but the actions of Archbishop Welby himself. This should give evangelical Anglicans in the Church of England who claim that no action needs to be taken until the Church of England formally changes its liturgy or doctrine serious pause for thought.

So why was Archbishop Welby invited? The unofficial answer seems to be that the Foreign and Commonwealth Office severely lent on the State House. The official reason was to distinguish between person and office, past and present, with the observation that ‘the presence of the Archbishop of Canterbury represented the appreciation the Church of Uganda has for the British missionaries who first brought the gospel to Uganda, and the respect the Church has for the historic roots of his office.’

So we should thank God for Archbishop Kaziima and like-minded Primates whose unflinching commitment to that historic gospel is set to bring deep change. As the Archbishop urged in his Charge, we need

‘to sharpen our focus so we are single-mindedly focused in everything we do on making Christ known in the power of the Holy Spirit.’

It is important to realise that this report from the Anglican Church in Uganda was written by a well-known Englishman, Charles Raven, formerly a beneficed clergyman of the Church of England but now an advocate of the separatism of the GAFCON Primates.

In a way, what the fortuitous postponement of Lambeth 2020 has achieved is, at least, a breathing space for all Bishops of the Anglican Communion (Including the separatists of the GAFCON Movement – like Uganda’s Archbishop Kaziima, for instance, and certain bishops of the Australian Province) –  who would have used the occasion for the special highlighting of their absence from Lambeth as an earnest of their planned schismatic separation from the rest of the Anglican Communion Provinces still loyal to Canterbury and our primus-inter-pares, Archbishop Justin Welby.

One thing that is clear, from the statement made by the newly-enthroned Archbishop of Uganda (following closely in the footsteps of his Nigerian predecessor, Archbishop Stanley Ntagali) is that he is disassociating his Province of Uganda from any specific attachment to relationship with the worldwide Anglican Communion and its recognized ‘Primus-inter-pares, the Archbishop of Canterbury.

While it is generally recognized nowadays that Canterbury has no legal jurisdictional authority over any other Province of the Communion, the specific rejection of the ABC as ‘Primus-inter-pares’ draws a distinctive line between GAFCON Primates and the rest of us in the Anglican Communion who, though independently governed, are still loyal to the spiritual heritage of traditional Anglicanism as being founded on the ancient See of Canterbury. THUS, for any Gafcon Primate to announce their own Provincial identity to be totally independent of the ABC and the Lambeth Conference is to declare of State of Unilateral Independence form the Traditional Anglican Communion, whose provenance may not be suborned and self-adopted by the intentional alienation of any member province.

No matter how many of the GAFCON Primates declare their schism to have been in the service of self-preservation against what they perceive to have been the ‘heresy and sins’ of the parent organization (The Anglican Communion based on Canterbury & Lambeth); they cannot logically claim title to the provenance that securely rests in the ACC., Lambeth, and its connection to its parental origins in the Church of England.

It may well be that the present hiatus occasioned by the presence of Covid 19 in every part of the world, will help to calm the hot-headedness of the GAFCON Primates who seem hell-bent on taking over the authority and provenance of our ‘Mother Church’. in a spirit of alienation built on chutzpah, a grasp for power, and puritanical pharisaism.