Posted on February 29, 2020 by kiwianglo
GAFCON Primate says no partnership with false teachers in the Anglican Communion 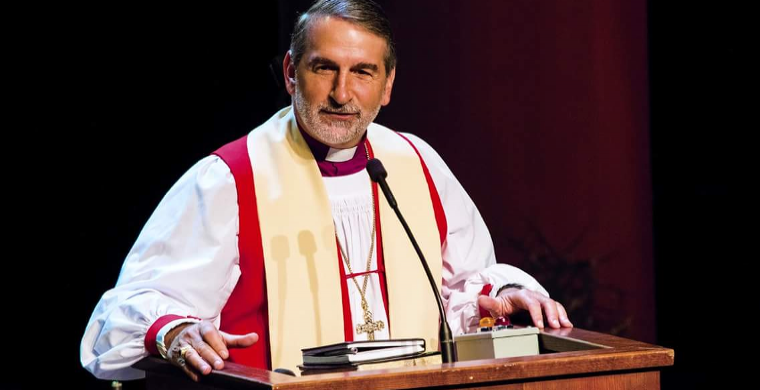 Some Anglican provinces are filled with those “practicing immorality”, says ACNA Archbishop. “We dishonor the Body of Christ if we stay in communion with them”, he said

The chairman of GAFCON, the Most Rev. Foley Beach railed against “false teachers” and those who “practice immorality” and partner with them, in his February newsletter to GAFCON followers.

The ACNA archbishop said Christian discipleship and leadership calls us to make disciples of all nations and requires us to protect the flock from false teachers. “Encountering false teachers is nothing new in the history of the Church. The New Testament is filled with exhortations regarding false teachers.”
As the youngest born person ever to hold the two positions, the American born evangelical leader said GAFCON could not become partners with them, a reference to the Lambeth Conference, The Episcopal Church and the Anglican Church of Canada. Archbishop Justin Welby has not invited Archbishop Beach to the Lambeth Conference.

“This is the real challenge for many of our brothers and sisters in the Anglican Communion who have had years of partnership and fellowship and communion with provinces who now are filled with false teachers and with those who are practicing immorality. While the Anglican Establishment argues that this does not matter — that we can agree to disagree on issues of salvation — the Scriptures are clear that we are dishonouring the Body of Christ and the Lord himself when we ignore false teachers and pretend everything is just fine. See 1 Corinthians 5:11-13 and 2 John 1:10-11.”

Recognizing the difference between true and false teachers and true and false “togetherness” calls for discernment. Beach praised what he called “a new tool that helps this task by recalling our recent history.

“The Anglican Reality Check (www.anglicanrealitycheck.org) is an interactive time-line which tracks key events, good and bad, in the unfolding crisis of faith which has overtaken the Anglican Communion in the twenty-first century. It is amazing how much we can forget, and in a world of instant mass communication, this is a great way of keeping perspective and not being swayed by the latest PR slogans.”

Beach said the GAFCON Networks continue to work and minister to enhance the proclamation of the Gospel all around the world, especially to those in places where they have no witness or church. These Networks — the Suffering Church, Church Planting, Theological Education, Women’s Ministries, Bishop Training Institute, Youth and Children’s Ministry, Global Mission Partnerships, Lawyers Task Force, Sustainable Development, and PRAYER — are all working to help equip the Church for the work God has given us. You can find out more at www.gafcon.org/neworks.

Beach cited the Apostle Paul and his concern for the Church in Ephesus and wrote: “For you may be sure of this, that everyone who is sexually immoral or impure, or who is covetous (that is, an idolater), has no inheritance in the kingdom of Christ and God. Let no one deceive you with empty words, for because of these things the wrath of God comes upon the sons of disobedience. Therefore do not become partners with them…(Ephesians 5:5-7).

This communique – from the oddly-named ‘Virtue-on-line‘ USA website hosted by expatriate New Zealander David Virtue – demontrates the schismatic disdain for the worldwide Anglican Communion with which ACNA’s Archbishop Foley Beach regards the loyal Provinces of the Communion who will be gathering at the next Lambeth Conference to be held – at the invitation of the Archbishop of Canterbury in July 2020.

An interesting situation here is that Abp. Foley Beach is also the Primate of the GAFCON Provinces, some of whose prelates, together with Foley, laid hands upon the first Bishop of the schismatic Anglican Church in Aotearoa/New Zealand, recently – in defiance of the fact that the Anglican Communion already exists in New Zealand in the Institution of ACANZP, whose Bishops have actually been invited to Lambeth by the Archbishop of Canterbury.

The reported fact that: “Most Rev. Foley Beach railed against “false teachers” and those who “practice immorality” and partner with them, in his February newsletter to GAFCON followers.” – immediately severs Beach, ACNA, and GAFCON from any close association with any other Church or Province connected with the Anglican Communion as it still exists together with our Primus-inter-pares, The Archbishop of Canterbury.

Aware of the fact that Virtue-on-line is an unofficial organ of the GAFCON Primates, one might be tempted to take what he reports with a generous pinch of salt. However, if the remarks reported here as having been made by the Double-Primate of ACNA & GAFCON are actually true, then this might be considered to be GAFCON’s declaration of war against the Anglican Communion that I belong to as part of the Anglican Church in New Zealand.

This also puts a somewhat different slant on the presence of GAFCON’s new puppet Church here in our country. Co-existence would seem to no longer be a possibility between ACANZP and what now registers as the competing ‘Anglican Church’ here under its new Wikipedia website listing as : https://en.wikipedia.org/wiki/Church_of_Confessing_Anglicans_Aotearoa/New_Zealand

This latest Statement by Archbishop Beach (ACNA/GAFCON) has now set a clear and distinctive dividing line between GAFCON and its affiliates & the Anglican Communion.

If taken seriously by the Archbishop of Canterbury and all Primates loyal to the Lambeth Conference – bearing in mind the charge of ‘False Teachers’ and ‘Practising Immorality’ – this Statement by Foley Beach could be considered a ‘Unilateral Statement of Independence’ by GAFCON from the currently constituted ‘Anglican Communion’ of which ACANZP is a part!

Just how serious a threat this is to Anglican Unity around the world may yet have to be considered by the actual meeting of Anglican Primates as Lambeth 2020 in the U.K. If, indeed, GAFCON is hereby abandoning its links with the Communion, then this should be made clear at that meeting. Perhaps the rest of us may then be set free to proclaim the inclusive call of Christ to follow Jesus – as Sinners, but Redeemed!