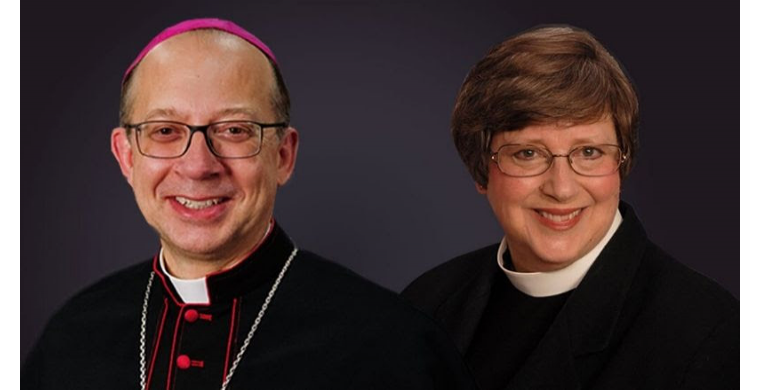 RICHMOND, VA: Episcopal Female Bishop Consecration Quashed
Richmond Catholic Bishop Barry Knestout voices ‘great sadness’ over cancellation
Everyone here is an absolute warrior for the Catholic faith, and when challenged, we did not back down

The consecration of a female Episcopal bishop is being moved out of a Catholic parish after backlash from the faithful, but Richmond Bp. Barry Knestout is lamenting the cancellation.

Episcopalians were planning to hold the consecration of Susan Bunton Haynes on Feb. 1 at St. Bede Catholic Church in Williamsburg, Virginia. Local Catholics, including some parishioners at St. Bede, were outraged when word of the event spread earlier this month. Many Catholics who learned about it online also voiced their opposition, with a Change.org petition garnering more than 3,000 signatures.

Now, the Protestant bishop-elect is moving her consecration ceremony elsewhere. Noting the backlash the Catholic diocese of Richmond received, she announced Friday that the venue has been changed to the Williamsburg Community Chapel. She wrote a letter to Bp. Barry Knestout of the Catholic diocese of Richmond announcing she was withdrawing from using St. Bede’s as the venue, stating:

“I am writing to withdraw from our contract to use the lovely, holy space of St. Bede for my upcoming consecration as the 11th bishop of the Episcopal Diocese of Southern Virginia. We have so appreciated and admired your grace and courage in extending this hospitality and abiding by your invitation even under fire from those within your own flocks.”

In a public statement Friday, Bishop Knestout bemoaned the controversy surrounding having a Protestant ceremony inside a Catholic church:

“It is with great sadness that I have received a letter from Bishop-elect Susan Haynes stating that, due to the controversy of the proposed use of St. Bede Catholic Church for her consecration as the bishop for the Episcopal Diocese of Southern Virginia, she has decided to find another location for the ceremony to take place.”

“In granting permission for this ordination to be held at St. Bede, we were welcoming, as the Fathers of the Second Vatican Council encouraged, those who have in common with us “the written Word of God, the life of grace, faith, hope and charity, with the other interior gifts of the Holy Spirit” (Decree on Ecumenism, 3). We were following the example of St. John Paul II, Pope Benedict XVI, and Pope Francis, who enthusiastically engaged in ecumenical outreach and hospitality. We look forward to continuing our ecumenical dialogue with the Episcopal community and to working with Bishop-elect Haynes in fortifying the long-standing, cordial relationship between our communities and our joint service to the poor.

“As I assure Bishop-elect Haynes of my prayers for her and the community she leads, I ask our Catholic faithful to pray for them, too, and to pray that the fruits of the Holy Spirit, along with humility, kindness, gentleness and joy be expressed and strengthened in all our faith communities.”

In Bishop Knestout’s previous statement on the controversy released Thursday, he defended letting the Protestant denomination have a ceremony inside a Catholic church, characterizing it as “hospitality to a Christian neighbor in need.”

On social media, faithful Catholics are celebrating the cancelation. Dean Barker, who was a leader in opposing the event at St. Bede’s, posted in a Facebook group: “Everyone here is an absolute warrior for the Catholic faith, and when challenged, we did not back down; we continued on with a Rosary in one hand and crusader swords in the other. Now, we must focus on rebuilding trust and holiness in our parish community and with our clergy. This isn’t the time to tear them down; it’s time for iron to sharpen iron. It’s time to make this parish a place where sainthood is inescapable.”

A wee bit surprised to get this article via my un-favourite website ‘Virtueonline’. The Statement in the last paragraph reflects the opinion of conservative local R. Catholics whose opinion is probably shared by ‘Virtueonline’ host, David Virtue.

However, when one considers host, David Virtue’s primary agenda – to undermine anything to do with the American Episcopal Church’s (TEC’s) flourishing in North America, one can quickly understand his point here. TEC is thoroughly at ease with the consecration of Women Bishops – a factor that is not so well-received in Virtue’s own solidarity with the schismatic Anglican habitues of ACNA (the local equivalent of the GAFCON quasi-Anglican conglomerate which is poised to leave the Anglican Communion on issues of gender and sexuality).

What is devastating to people like Virtue is that a Roman Catholic Bishop would welcome the Ordination of a TEC Woman Bishop taking place in a Roman Catholic Church – St.Bede’s, in his own Diocese of  Richmond, Virginia. Virtue’s intention in posting this article from the reactionary R.C. “Church Militant” is to align himself and his ACNA friends with protestation against anything that might suggest a thriving ecumenical relationship between Catholics and traditional Anglicans (TEC) in North America.