Posted on January 8, 2020 by kiwianglo
Anglican Church of Nigeria Plans Big Push into the US in 2020 – UPDATED 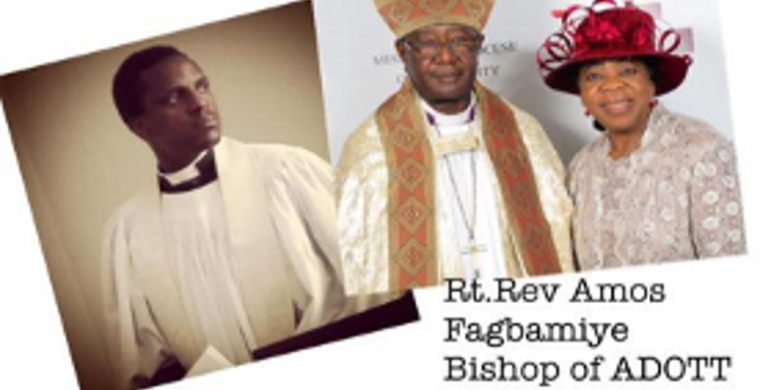 The Diocesan Bishop of the Anglican Diocese of the Trinity (ADOTT) is the Rt. Rev. Amos Fagbamiye, who presently heads four suffragan sees that include the Missionary Diocese of CANA West under Bishop Felix Orji. Bishop Orji is also the Diocesan Bishop of the West and the Missionary Bishop of CANA. Fagbamiye said in his 2020 New Year message that he plans to build half a dozen dioceses, and possibly more as part of his expansion efforts. He said they now have two churches in Japan. Bishop Orji told VOL that he has no intention of creating more dioceses in North America.

This could mean, that in a few years the USA and Canada could be home to as many as half a dozen dioceses of the Anglican Church of Nigeria and possibly more if the Anglican Diocese of the West also expands into multiple dioceses.

“2019 was declared the ‘Divine Year of Moving Forward and Joyful Celebrations.’ God was with us all through last year, and indeed Christ continues to reign as King in ADOTT. In moving forward with joyful celebrations, our faithful and merciful God inspired the House of Bishops of the Church of Nigeria (Anglican Communion) to elect four Suffragan Bishops in January 2019 during the annual Bishops’ retreat at the Ibru Center, Agbara-Oto in Delta State and their consecration was held in July in a grand and colorful service at the Archbishop Vining Memorial Cathedral Church, Ikeja, Lagos,” wrote Fagbamiye.

The scenario of a North American ecclesiastical province (complete with its own Archbishop and Provincial Synod) of the Anglican Church of Nigeria could become a reality in the not too distant future.

The Nigerian opposition to the ordination of women may also prove attractive to jurisdictions in the Continuing Anglican movement in the USA and Canada. These jurisdictions could gravitate towards a North American based ecclesiastical province of the Church of Nigeria because the ACNA remains conflicted over the issue with a number of dioceses openly ordaining women to the priesthood.

The CANA Diocese of the Trinity withdrew from the ACNA in May of this year.

“Let us remind ourselves, particularly in ADOTT, that from our inception as a Diocese in 2012, we are evangelists and missionaries of the Church of Nigeria (Anglican Communion), and that we would continue to aspire to prayerfully pursue our missionary goals and objectives with a sense of commitment and purpose, and by the grace of God, to realize our vision for this Diocese,” said Fagbamiye.

The Anglican Church of Nigeria presently has 14 ecclesiastical provinces and 161 dioceses with over 20 million members in Nigeria.

VIRTUEONLINE has received the following communication from Nigerian Archbishop Nicholas Okoh regarding this story. It is posted in its entirety here. Readers can make of it what they will.

TO: Most Rev’d Foley Beach,
The Primate, Anglican Church in North America.

Greetings of joy and peace in the new year my father in God.

The attention of the Primate of the Church of Nigeria, His Grace, the Most Rev’d Dr Nicholas D. Okoh has been drawn to an online article by Virtue Online titled “Anglican Church of Nigeria Plans Big Push into the US in 2020” which is already generating different comments and reactions.

The Primate of the Church of Nigeria has directed that I write to you thus:

1. The Church of Nigeria (Anglican Communion) has not approved the creation of any Diocese or Province in North America.

2. Kindly disregard any such rumours and communications that might have been adjudged as the decision of the Church of Nigeria on the matter of creating dioceses or a province in North America.

3. The Church of Nigeria appreciates the fellowship and common focus in the mission of the Gospel shared together with ACNA and would do all in its capacity to continue to build this godly relationship to “contend for the faith that was once for all delivered to the saints” (Jude 1:3).

Please accept the warm regards and compliments of the Primate of the Church of Nigeria in the New Year 2020 and beyond. The LORD be with you.

David Virtue is a New Zealand-born journalist now living in North America. His blog called ‘Virtue-on-Line’ (to me, a more apt title might be ‘Vitriol on Line’ – devoted as it is to the public denigration of TEC and the world-wide Anglican Communion Churches that embrace the rights of LGBT+ people to be part of the Church) was apparently brought into being to support schismatics from the Episcopal Church in the United States of America (TEC), from which, in common with many North American conservative Evangelical Christians, Virtue has parted company.

However, in this instance, Virtue may have ‘jumped the gun’, in his disclosure that the Anglican Province of Nigeria, (The leading African Province of GAFCON) is about to set up its own dioceses in North America, in direct competition with GAFCON’s ‘missionary’  representatives in ACNA & CANA both of which schismatic Churches were founded by Primates of the Anglican Communion who now belong to a rival community in GAFCON.

It was once said that ‘Schism is a horrid thing’, and the schismatics and would-be-schismatics from the worldwide Anglican Communion may right now be ‘hoist by their own petard’ – victims of their own ambitious rivalry within the camp of GAFCON.

And now, Mr. Virtue faces the censure of none other than the Archbishop of Nigeria Nicolas Okoh, who disputes the veracity of Virtue-on-Line’s claim that  Okoh’s Provincial Church is about to establish its own dioceses in North America in opposition to ACNA – its own ‘Partner-in-Mission’ in that country!  (How did that rumour come to be established?)

However, if Virtue’s article is true, this may be the last occasion of ACNA’s solidarity with the GAFCON conglomerate – which was the driving force behind the current schism in the Anglican Communion. If the Diocese of Nigeria – under Archbishop Nicolas Okoh – does indeed set up its own Nigerian Diocesan Churches within North America, this will be in opposition – not only to TEC (the official Anglican Church there) – but also to ACNA, which was actually founded by the GAFCON Primates including the then Archbishop of Nigeria!

This might leave the recently-ordained ‘Bishop’ of the schismatic ‘Anglican’ church in Aotearoa/New Zealand to wonder what is his status now? Has he been left high and dry by the very entity (GAFCON) that engineered his ‘translation’ from his priesthood in ACANZP to the episcopate of his own brand-new ecclesial community?  Also, what is the actual relationship now between the ACNA Archbishop and the GAFCON Archbishop of Nigeria? And to which of these two entities does the new schismatic church in New Zealand belong?

Schism is, indeed ‘a horrid thing’ – to be avoided if possible.