The Secretary General of the Anglican Communion, Dr Josiah Idowu-Fearon, has received the inaugural Sir Ahmadu Bello Memorial Foundation 2019 Merit Award for Excellence in Promoting Religious Tolerance and Peace Building in Northern Nigeria. The award was one of five presented last night (Wednesday) by the Foundation, which was created by the Governors of the 19 northern states of Nigeria to honour the late Sir Ahmadu Bello, KBE, the Sardauna of Sokoto and Premier of the former Northern Region.

The award was presented last night during a dinner in Kaduna, on the eve of Dr Idowu-Fearon’s 70th birthday. The award chairman explained the award to the Secretary General saying: “His Grace, who has been variously described as an intellectual inquirer, a philosopher-priest and a teacher of note, is a cleric-scholar, who developed a great passion for the study of Islam from his early years. He has indeed allowed that to dictate his drive to promote religious tolerance and peace that has culminated in his award of today. . .

“When His Grace . . . became the Secretary General of the Anglican Communion . . . many feared that he would no more have the time to devote to his inter-faith ventures. Thank God we have all been proved wrong because he has shown through the latest positions and continuing work he has undertaken that he still has a lot of fire in his quavers. For instance he is the current Africa Chairman, Programme for Christian-Muslim Relations in Africa; the Co-ordinator, Interfaith Initiative for Peace from 2014 to date; and was recently appointed the Chairman of Kaduna State Peace Commission by the Executive Governor of Kaduna State, Mallam Nasir El-Rufa’i.

The Foundation was established “to foster the legacy of leadership and good governance bequeathed by Sir Ahmadu Bello for the human and economic development of northern Nigeria”, the Foundation said on its website. It was created as “an intervention agency that will conceptualise and execute programmes directly, partnering with other non-profit organisations or collaborating with special interests that share the same or similar objectives with it in realising their set goals and objectives which should be within the general framework for economic and human development.”

Sir Ahmadu Bello was the first Premier of the Northern Region, and was in post when he was assassinated on 15 January 1966 during a coup. He is remembered for “the legacy of exemplary leadership that enabled him to overcome the inherent formidable challenges of mobilising and harmonising the complex ethnic, religious and political diversities of more than 200 ethnic groups inhabiting the vast region”, the Foundation says. 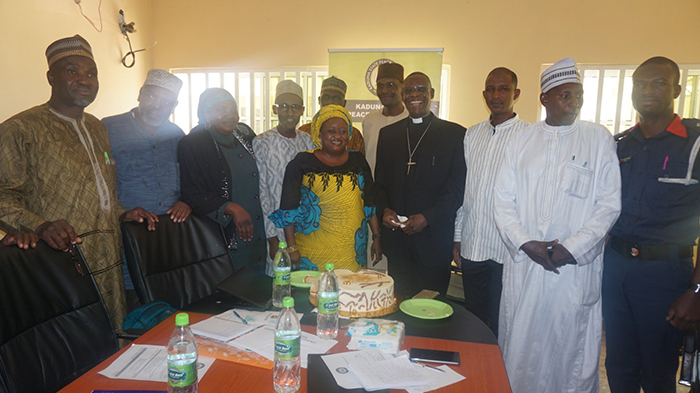 In Nigeria, a country with diverse religious communities, + Josiah was instrumental in advancing the cause of interfaith dialogue – especially with the Islamic Faith Leaders, whose religion he had made it his special care to study and understand.

The value of this to both the Christian and Islamic Faith communities in Nigeria is clearly demonstrated in the choice of Dr Fearon as recipient of this important award from a leading member of the Islamic world in Nigeria.

At a time when, on the Continent of Africa especially; where Islam is an important element in the lives of millions of Africans; Dr Fearon’s obvious willingness to undertake the important mission of inter-faith dialogue – in order to bring a better understanding of the relative good that faith in the One True God can bring to both Christian and Islamic communities – is now openly accepted by Islamic Leaders in Nigeria.

One does not have to believe that ‘all religions are equal’ to understand that the spiritual benefits of harmonious cooperation with one another in the various faith communities can be a good influence in secular society.