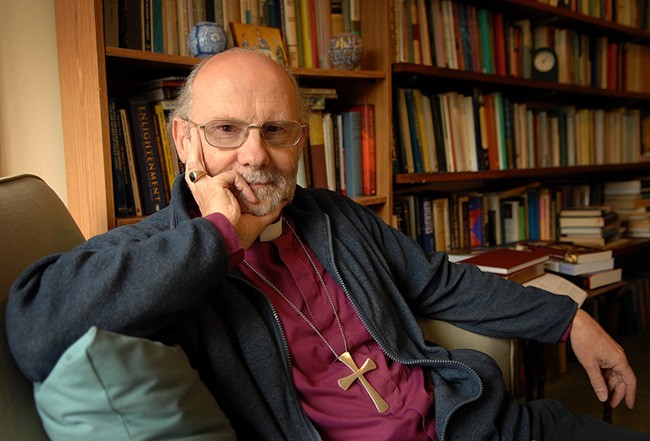 TWO retired bishops, both Evangelicals, have criticised a letter from 11 serving bishops that hinted at a schism in the Anglican Communion should the Church of England change its teaching on marriage.

The 1800-word letter, posted on the website of the Church of England Evangelical Council last week, defines traditional teaching in the light of Resolution 1.10 from the 1998 Lambeth Conference, stating: “We believe that this vision of (1) sexual intercourse as ‘an act of total commitment which belongs properly within a permanent married relationship’, (2) marriage as a union of a man and woman in a covenant of love marked by exclusivity and life-long commitment, and (3) faithful, sexually abstinent love in singleness and non-marital friendships, is the teaching of scripture. It therefore expresses the character and will of God.”

It is addressed to the Bishop of Coventry, Dr Christopher Cocksworth, who chairs the co-ordinating group of the Living in Love and Faith (LLF) project. The project was set up by the House of Bishops as an attempt to look more deeply into matters of sexuality after earlier attempts failed to heal divisions (News, 30 June 2017).

In a critique of the letter, posted on the ViaMedia website, the Rt Revd David Atkinson, a former Bishop of Thetford, argues that, far from being fixed: “Christian understanding of the ‘scriptural teaching’ on marriage and sexuality has developed from Augustine, Aquinas and Cranmer, and within Anglican theology in recent decades, not least post-Freud.”

He challenges the narrow definition used in the letter, stating: “If it is possible for a gay couple to make an act of exclusive, loving commitment within a permanent covenanted relationship and to experience God’s blessing in doing so, and find their lives displaying the fruit of God’s Spirit, then I believe we need a broader evangelical theology of covenanted same-sex friendship than can be found in what the bishops refers to as ‘Anglican tradition’.”

On the same site, the Rt Revd David Gillett, a former Bishop of Bolton, calls for a patient and humble approach to scripture. His prayer, he says, is that, “While preserving the tradition that marriage is a commitment to a faithful, life-long and intimate relationship between two people, we will now be able to see the tradition in a fully inclusive way — or, at the very least, hope that others who disagree will allow blessings of same sex marriages — thus leaving a variety of ways of living God’s story that recognises the full humanity and equality of our LGBT+ brothers and sisters.”

On Thursday, another critique of the letter was published on the same site by the Revd David Runcorn, an Associate Diocesan Director of Ordinands and Warden Readers in the diocese of Gloucester, who is an associate faculty member at Trinity College, Bristol, an Evangelical theological college.

He notes that the letter argues that: “The Church must always be reformed according to the Word of God, and God has ‘more truth yet to break forth out of his Holy Word’.”

Mr Runcorn comments: “These words suggest a relationship with scripture that is always unfolding, never exhausted, and where understandings may need to change and evolve over time.

In a separate statement on Wednesday, the Christian LGBT campaign group One Body One Faith said that the 11 bishops “no long spoke for all Evangelicals” and that their letter was both “disappointing and disingenuous” in its attempt to “undermine” the work of the Living in Love and Faith group.

“What may come as news to these bishops is that the evangelical world has moved on – indeed, perhaps this letter arises out of the fear of recognising just this reality.

“They no longer speak for all evangelicals; their sisters and brothers still hold their evangelical identity dear but have been courageous and open-hearted enough to see a bigger God emerge, God powerfully alive in LGBTI+ people and longing to be known as good news for all, without exception.”

The statement concluded: “Over the coming weeks and months, it will be for the other members of the House of Bishops, in all their diversity of opinion, to hold these eleven of their sisters and brothers to account.”

Read the letter in full here.

This is a selection, from the U.K. ‘CHURCH TIMES’, of articles of protest – by fellow Evangelicals – against the Letter from 13 Evangelical Bishops in the Church of England to the Chair of a Commission on Sexuality, Bishop Christopher Cocksworth, threatening the stability of the Church if the C.of E. goes ahead with any changes to the rules about who can be married, or whose marriages can be blessed in the Church of England.

No doubt, most of these Bishops are also associated with the Letter of 17 C.of E. Evangelical Bishops to the GAFCON Primates offering their support for their separatist stand against Same-Sex Blessings in the Anglican Communion. In this letter, there was the added threat of schism (probably to join up with GAFCON U.K.) if their demands for the status quo on S/S Blessings in the C.of E, are not met.

It is comforting – at least for those in the Church of England who believe it is time to re-examine the Church’s institutional homophobia and sexism – to realise that the number of Bishops involved in these two letters is only a small proportion of the House of Bishops, and not truly representative of the majority of Evangelicals and others in the Church – especially amongst the Laity – who affirm the openness of the Church to those Same-Sex couples who want their Civil Marriage relationships to receive the recognition and blessing of the Church.

I like especially the piece by The Revd David Runcorn, a theological teacher, writer and Spiritual Director. He is presently a Director of Ordinands and Warden of Readers in the Diocese of Gloucester. His examination of the biblical material on marriage and relationships – as well as other moral directives – is worth looking at.