Preaching to the Converted?

Posted on October 4, 2018by Jayne Ozanne

Colin Blakely, Editor of the Church of England Newspaper and Co-founder of ViaMedia.News 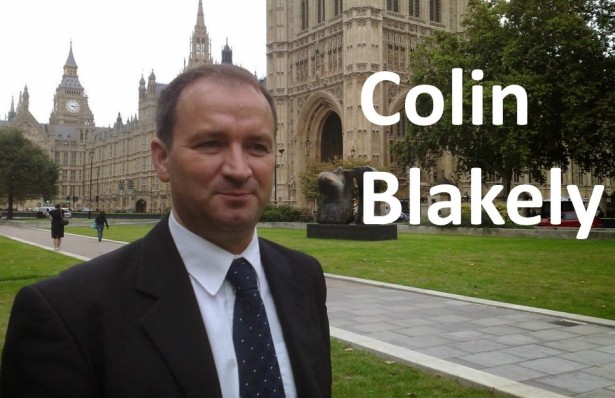 We all like a good sermon, and when one is delivered with wit and insight it can bring enormous benefits. And in the wider world when public figures speak out, often on set-piece announcements, everyone, of course, listens as intently as parishioners listen to the homily. Their words are examined closely and are then interpreted according to one’s perspective, agenda and hopes.

In recent months we have been treated to a string of such announcements, in the political as well as church worlds. The question, however, is: who are the words being aimed at, and are they really the full picture?

Take, as one example, the speeches of the Prime Minister. Since she assumed office, Theresa May has often repeated the mantra ‘Brexit means Brexit’. This has served to bolster her support in her own party, although few (even inside the Cabinet) evidently really know what that means in reality.

The fact that her own party is deeply split on this issue means that the primary aim of her messages is to those in her own grouping. So while she wants to reassure those who express some disquiet (because she backed the Remain camp during the Referendum) her words are heard by a much wider audience. This includes those Remainers in the Conservative Party as well as those in the wider community.

But look at the hurdles facing the Prime Minister. Not only does she have to get her Party on board, she also has to get her Cabinet on board. Both are big demands. And that is even before we get to the battles she will face in Parliament. Already we have seen long delays to any legislation on the issue because of the dangers of the Government losing a vote. And that is just as true in the House of Commons as it is in the House of Lords. Although it is much more pronounced in the Upper House.

And should she achieve success there, she faces the bigger hurdle of getting any legislation accepted by the other 27 countries in the EU.

However, it is clear that she is not speaking to any of those. The immediate aim is actually her own survival. So her speeches have to be interpreted in the light of that, even if Remainers are unhappy with the strength of her comments.

Meanwhile, back in the Church world, we can find a parallel situation. Church leaders, when pressed about inclusion and equality, look first to the immediate threats. And that comes mainly from the pews. Whether it is over issues like women’s ministry or how it treats gay Christians, their public utterances are often, like those of the Prime Minister, aimed at those who pose the biggest threat.

And so in recent years when Church leaders have made conciliatory noises, it has been for reasons they underestimated. That was certainly the case when General Synod rejected the House of Bishops’ paper on sexuality. Stunned by the defeat, the two Archbishops made a hurried commitment to ‘radical inclusion’. Of course, they could do no else.

But the term, like ‘Brexit means Brexit’, is open to interpretation. So far, us members of the press are asking what it really means. After all, few LGBT+ members of the Church have been included in any of the discussions about the future. Is that ‘radical inclusion’? It doesn’t look like that from the Press Gallery.

We have to go back some decades to see leadership standing up for what it believed in. Lord Carey showed how it could be done by backing women’s ministry, although Parliament’s Ecclesiastical Committee demonstrated its hesitance by demanding the Act of Synod. His stance divided his evangelical constituency, some backing his progressive stance, others deriding him. Could a modern Archbishop take such a prophetic stance?

The reality is, like political leaders, concern is about those who threaten.

So speeches and public statements are aimed at those groups. This means that others are left bereft. (Some senior figures in the Government agree that the 48.11 per cent who voted to remain have to be reassured, but that is an issue for another day). Similarly, those who long for acceptance in the Church have to listen to announcements that are aimed not at them but at others. This is deeply unsettling and problematic. But perhaps those want to see ‘radical inclusion’ have to accept that their leaders are human and need to bring as many of their constituency with them as possible. It may not be prophetic, but it is realistic.

On the other side, we have seen situations where Church leaders have made their case with pride. We have seen whole deaneries in Manchester become ‘inclusive’. We have seen the Diocese of Lichfield adopting an inclusive policy. Things are changing, but perhaps more of those in authority should follow the example of George Carey and take the courage to be prophetic.

The ‘Church of England Newspaper’ – compared to the ‘Church Times’ – is by most Anglicans, generally considered to be of a conservative Evangelical persuasion. However, in this article, written by the Editor of the C.of E. Newspaper,  Colin Blakely, expresses his hope for total inclusivity in the Church of England of the LGBTI community.

Comparing the situation of ‘Brexit’ to that of Church and Governmental attitudes towards radical inclusion of ALL – irrespective of innate gender/sexuality status – Colin draws the conclusion that a prophetic boldness is needed, on the part of both Church Leaders and the  Government to address the reality of a situation as it exists, not as we might like, or think it ‘ought’ to be.

(It should be noted that Colin Blakely is co-Founder, with transgender woman Jayne Ozanne (General Synod Member) of the publication ‘Via Media News’.)