Is Good Disagreement Possible in the C.of E?

by Jayne Ozanne, Editor of ViaMedia.News and Director of the Ozanne Foundation 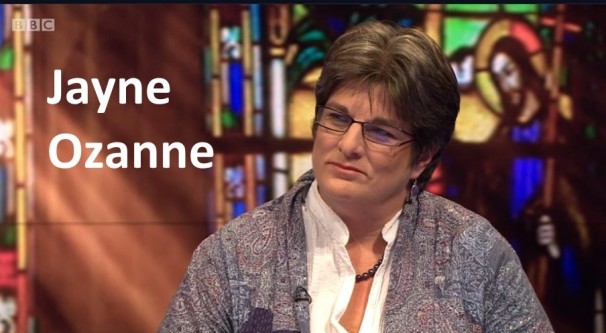 This is the question that I presume many within the Church – particularly the College of Bishops, which met last week – are currently debating and asking.

As many know, I have been an outspoken advocate of “Good Disagreement” as a means of discussion or a “way of working”, but I am certainly no fan of it as a final destination.

In my mind, “Good Disagreement” describes a way of conducting contentious debates in a manner that seeks to always “see the Christ in each other” and therefore looks to treat those with whom we disagree with respect.  As I explained to the Irish Times following the launch of the Good Disagreement Facebook Page, it poses the question “Can someone say what they firmly believed (their perceived “truth”) with enough pastoral insight and sensitivity (ie “grace”) to show they are aware their comments might deeply hurt/offend someone?”

But Good Disagreement cannot be the final end point in this discussion.

Too much rests on it.

As one clergyman put it to me this week:  “Either we evangelicals, owe you and the LGBTI community a profound and heartfelt apology for the trauma and pain we have caused, or you owe us a profound apology for risking the very souls of those around you.”

It is a stark choice – the health and well-being of vulnerable LGBTI teenagers (as well as those of us who are not so young) versus (evidently) the salvation of our very souls.

But can this really be right?  Is this what the unconditional love of God intends?  Did Jesus really mean it when he said “whosoever believes in me shall not perish but have eternal life”?  Where else in the Gospel is there such a stark choice that causes so many people so much pain and anguish in contrast to them gaining their salvation?

God is a God of Love in my book.  Full stop. He loves us just as He has created us.  He comes to bring us life, and life in all its fullness – only legalism and the law brings death.

As it happens, last week was also the fourth anniversary of the tragic death of a young beautiful teenager, Lizzie Lowe, whose life was cut short due to the horrendous internal conflict she faced over trying to reconcile her faith with her burgeoning sexuality.

Her parents, Hilary and Kevin, have spoken out very movingly and bravely about the need for churches to become more inclusive and of their sincere “hope that others do not and will not have to suffer in silence alone.”  Their and Lizzie’s story will be covered in more depth on Monday night by BBC Northwest Tonight, and will be featured on many BBC local radio stations around the country this Sunday.  It seems that the media at least understand the desperate need to ensure that others do not suffer the same fate as Lizzie, and are keen to ensure that young people know that it is possible to be Christian and gay, and have happy, blessed and fulfilling relationships based on mutual love and commitment.

It is my belief that the Church of England can no longer sit on its razor wire fence on this critical and deeply divisive issue.  To do so risks the lives of just too many people – particularly those who are the most vulnerable and undefended in our society.

Many Bishops will undoubtedly say that they are fearful of a split in the Church if they were to make such a clear pronouncement.

But let us be clear – there is a split now!  People are leaving now!

They may not be the leaders of large powerful and rich churches, but they are God’s children all the same.  They are hurt, they are rejected, they feel ostracised, they feel maligned and misunderstood.  They are those who just cannot countenance being in a Church that they think is homophobic and hypocritical – that preaches God’s unconditional love and then puts conditions on it.  Many are the Church of our future – the youth of today.

Whilst I warmly welcome the aims of the Pastoral Guidelines that we have been informed about in Kaya Burgess’ article in The Times, I would plead that the principles that are being proposed to deliver against these aims have no hint of compromise or fudge within them.  We need crystal clarity with no double meanings, please.

We need to know – are we to be blessed or cursed?  To be accepted as equal members of the Body of Christ, or rejected as unrepentant sinners who have no place at the Lord’s table?

There is no halfway house on this.

The lives and futures of too many of us depend on it.

Jayne Ozanne writes here in a personal capacity and her views are her own.

In the current climate of the Church of England’s treatment of the LGBTI+ Community, General Synod Member, Jayne Ozanne’s article here begs the very important question of whether, or not, the prospect of ‘Good Disagreement’ – now being discussed in the House of Bishops is a satisfactory, or even logical, possibility, given the context of the current arguments being put forward – pro and con.

Jayne, herself, is well aware of the issues being debated by the Bishops of the Church of England, whose earlier treatment of the Ordination of Women has gifted the Church with a degree of ‘unity in diversity’ that has been a challenge to both sides of the argument for and against the ordination of women as priest and bishops. In the C.of E., there are now parishes that still resist the ministry of ordained women, whose members would neither be expected nor encouraged to receive the Church’s Sacraments from the hands of a woman. One might ask, is this outcome what might be termed ‘Good Disagreement’?

One would hope that such ostracism never happens to members of the LGBTI+ community in any parish church – although a strict acceptance of an agreement to allow such a divisive situation to dominate is not beyond becoming a possibility. Also, there is still the question of whether – under any new proposal – there might be parishes that would take measures against same-sex legally married couples being allowed to receive the sacraments of the Church if their status became known to the vicar or congregation of ‘dissenting’ parishes. These are questions prompted by Jane as she questions the moral probity of any sanctions being enacted against such couples in any parish in the Church of England.

Should distinctions between the moral probity of different members of a parish church congregation be brought into question on the basis of their innate gender or sexual orientation? Maybe not – if only on the grounds of the private conscience rights of the people concerned. After all, Jesus took pains to be seen with and to eat with publicans and sinners in his own day – a fact that was often remarked upon by the religious leaders at the time, and which led Jesus to reprove them for their air of moral superiority.

There are many issues on which church-goers could be challenged – quite apart from these matters involving sexual mores which Jesus, in the Gospels, seemed to consider of less importance than one’s destructive behaviour towards one’s neighbour – for instance; envy, jealousy, gossip, malice and many kinds of social injustice. This is why he often criticised the Scribes and Pharisees for their judgmentalism, while yet themselves falling short of the elements of charity that make for peace and justice in society.

The Nay-sayers against the implications of our own ACANZP General Synod’s decision to allow for the Blessing of legally married same-sex couples who desire it have already made their decision to separate out from our Church; and in doing so they have already decided they cannot live together with those of us who believe that God might bless a same-sex couple whose intention is to live together in love and commitment to one another for the rest of their lives – akin to the commitment of a heterosexual married couple. Therefore, for them, there is no prospect of having to live with any degree of disagreement that is – for them – anathema.

In sum, there are disagreements that we all learn to live with in our social communities every day. This does not necessarily mean that we have to live at enmity one with another; but rather, as our liturgies of the Eucharist remind us; we can be brought together in unity by the Spirit of Christ who has redeemed us all – despite our tendency to sin. Christ himself brought no barriers to the altar. Who are we that we should withhold what is God’s hospitality from others  – whatever WE consider to be THEIR faults and failings while maybe forgetting our own (mote and log?).

In Paradise, whether WE like it or not; there will be no strangers!