Pope Francis – Challenge to the Mafiosi

Pope Francis has appealed to Sicily’s mafia to abandon lives of crime and violence, saying the island needed “men and women of love, not men and women ‘of honour’”, using the term mobsters apply to themselves.

Speaking on Saturday in the Sicilian capital, Francis said members of organised criminal networks – many of whom go to church and worship openly – “cannot believe in God and be mafiosi” at the same time. In his appeal, he referred to them as “dear brothers and sisters”. 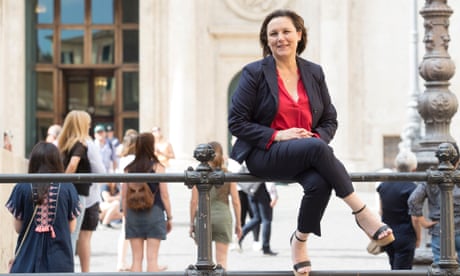 ‘I was tired of covering my face to hide from the mafia’: Italian MP Piera Aiello

The pope visited Palermo to commemorate Father Giuseppe “Pino” Puglisi, a priest shot dead by mafia hitmen in 1993 after he challenged the organisation’s control over one of the city’s toughest neighbourhoods.

Puglisi was killed on his 56th birthday during a bloody mafia offensive against the state and anyone else who threatened the group’s existence. Magistrates Giovanni Falcone and Paolo Borsellino had been killed in twin bomb attacks in Palermo in 1992.

“A person who is a mafioso does not live as a Christian because with his life he blasphemes against the name of God,” Francis said in the sermon of a mass for some 80,000 people in the port area of the Sicilian capital.

The crowd interrupted with applause each time he denounced the mafia.

The Catholic church in southern Italy has had a chequered history of relations with the mob. Cardinal Ernesto Ruffini, who was archbishop of Palermo from 1945-1967, denied the mafia’s existence, considering communism the church’s biggest threat.

“I say to you, mafiosi, if you don’t do this, your very life will be lost and that will be your greatest defeat,” he said. 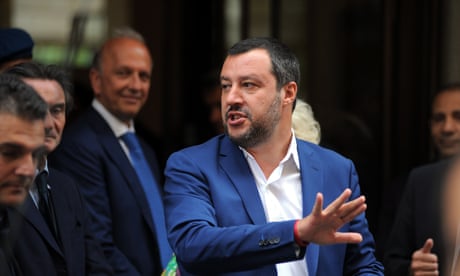 Matteo Salvini backed by politician ‘with links to mafia’

Later, on his way to the airport, Francis made an unscheduled stop to pray and lay flowers at the spot on the highway where Falcone, his wife and three police agents were blown up as their motorcade passed on 23 May, 1992.

In his visit to Palermo, Sicily, to support the fight against the Mafia’s domination of social and political life on the Italian Island, Pope Francis was not afraid to confront its members who are also part of the local Catholic Church. By continuing in their endemic exploitative culture of standover tactics to gain financial reward, Pope Francis made it plain that such activity was inconsistent with membership of the Church:

It will be very interesting to see how this direct challenge from a reigning Pontiff will affect the lives of those Mafia members who continue to support the local churches with their presence and their money – despite their overt membership of the local Mafia. Whatever the outcome of the Pope’s stand, this is a courageous action made by Pope Francis who is determined to root out any entrenched relationship between the Mafia and the Church. Hopefully, this may be the thin end of a wedge that will help to reform the Sicilian Church’s dependence on the local Mafia for financial and social support – thus clearing the Church of any charge of collusion with a source of evil.