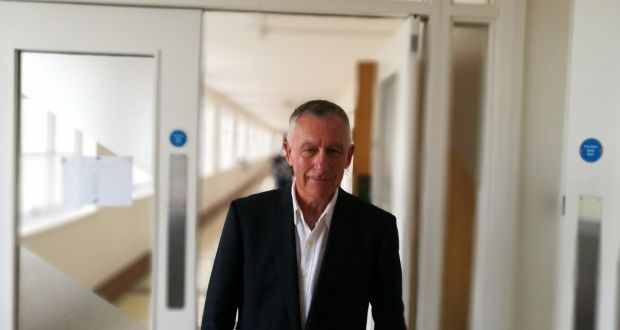 Cardinal John Dew, who is the Archbishop of Wellington, New Zealand, has said Pope Francis did “extremely well” in his handling of the clerical abuse issue.

A senior cleric has insisted the Catholic Church will follow up Pope Francis’ apology to victims of clerical abuse with “concrete actions” to ensure children are protected and perpetrators are held to account.

Some 55 per cent of Irish people believe Pope Francis “did not go far enough” when he addressed the issue of child sex abuse in the Catholic Church on his visit to the Republic last week, according to an opinion poll in The Irish Times.

Cardinal John Dew, Archbishop of Wellington, New Zealand, has said Pope Francis did “extremely well” in his handling of the clerical abuse issue during his 36-hour visit.

“I thought he did extremely well to address it at the beginning of the mass at Phoenix Park. He was up front about it. He apologised for it.”

Cardinal Dew, who was speaking to The Irish Times on the fringes of a pastoral conference on “the future of the Irish parish” in Thurles, Co Tipperary, also addressed criticism that the Pope failed to outline concrete actions to be taken.

“But I haven’t heard too many of what those actions should be at this stage. It’s a massive challenge, but it’s something the Holy Father knows has to happen, and other people know has to happen.”

On the issue of the shortage of priests in Ireland and whether ordaining women or allowing priests to marry might help, Cardinal Dew said it was “hard to say”, but that he would find it difficult to balance a family and the priesthood.

“It’s clearly something that the Pope decides,” he said. “There are a lot of people around who want that. I think people see that and think it’s a possibility. I don’t know whether that would solve the problem.

“If I was a married man, I’d never be able to do the things I do as a priest. I wouldn’t have the time because of the commitment to a wife and family.

“I think there is something about being celibate and being available. You can see many more people. You can be involved in a whole range of families that you wouldn’t be able to do as a married man.”

During the conference, Cardinal Dew delivered a presentation on how the merging of parishes and the appointment of “lay pastoral leaders” in Wellington has helped to “relieve the heavy burden that priests are expected to carry”.

The pastoral leaders take on “just about anything” that’s possible without being a priest, including the preparation of baptisms; working with the bereaved; and sacramental programmes. However, the role involves seven years of training.

“The priest doesn’t own the church,” said Cardinal Dew. “The priest isn’t always the one with all the answers. But they can find some common ground. They can find who has got the gifts and the skills to do particular things within the parish.

“It could work as long as people have the willingness to understand that they must work together.”

Thanks to CATHNEWS NZ for this Report in the IRISH TIMES  which features a story about Wellington’s Roman Catholic Cardinal John Dew’s visit to Ireland, to take part in the Conference on Families, which was attended by Pope Francis and leading Catholics from around the world.

The New Zealand Cardinal, when questioned about the possibility of ordaining married men into the priesthood of the Catholic Church, while not dismissing the possibility, was careful to emphasize the more freely available ministry from a man who was free of family ties – in order to devote more time and energy to the task of pastoring the congregation than might be available to a married priest.

He also spoke of the need to recruit and train the ministry of the laity, whose aptitude and skills had been largely ignored by the Church, in order to take over the ministry of pastoral caring that did not necessarily need the  oversight or gifts of the priesthood to be utilised in the congregations of the Church In bringing to the fore the ministry of the laity, Cardinal Dew was  reminding the gathering of the impetus of Pope John XXIII’s call at Vatican II to harness the tremendous potential of lay ministries that were needed to complement the sacerdotal ministry of the ordained clergy.

There is no doubt that properly trained and equipped lay people in the Church can ease the lot of a busy parish priest, whose sacramental ministry is often spread over several parish units, leaving less time for the vital ministries of pastoral care that still need to be done in the wider busy parish environment. This concept of utilising the total ministry available by gifts of the Holy Spirit to both clergy and laity in the Body of Christ will be needed more and more as the supply of men willing to devote their lives to celibacy in the priesthood declines – especially in the more economically-rich communities of the Western world.