Vicky Beeching and her ‘Coming Out’.

‘God was still my highest priority and my greatest love’ 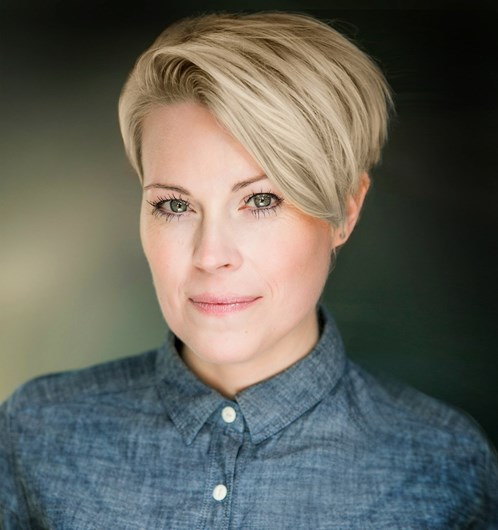 VICKY BEECHAM’s memoir, Undivided: Coming out, becoming whole, and living free from shame, is dedicated to Lizzie Lowe, a 14-year-old girl from Manchester who took her own life in 2014 (News, 9 January 2015).

“My mind just kept going back to Lizzie the whole time I was writing,” Beeching says. The parallels with her own story are striking: both were bright, churchgoing teenagers with a gift for music. Both struggled with suicidal thoughts as they tried to negotiate what Beeching describes as “the vast tension between being gay and being Christian”.

Beeching resisted these thoughts — though they drove her to the brink of jumping from a train platform in her twenties — and, having survived, is determined to ensure that others do not go it alone. “I really wanted to write the book that I would have needed at that age,” she explains.

Growing up in Pentecostal and Charismatic Evangelical C of E churches in the 1980s, Beeching wanted to follow in the footsteps of her maternal grandparents, who were Pentecostal missionaries in Africa. Those looking for an account of a miserable indoctrination into the Christian faith will be disappointed. It felt “as natural to me as breathing”, she writes. “It was not a rigid, cold, distant religion, but a genuine heartfelt relationship with God.”

While as a child she had “no reason to believe I’d ever be ‘out of the club’”, she remembers being “baffled” by Old Testament stories that depicted an angry, vengeful God, including that of Sodom and Gomorrah, destroyed because of the “sin of homosexuality”, according to a children’s church worker (“We can’t talk about that until you’re older — just know it’s something very bad”).

Beeching was not much older — 12 or 13 — when she realised that she was gay. It was the beginning of “a lifetime of secret sadness”. Unable to confide in anyone — with hindsight, she points to Section 28 as a silencing dynamic — she retreated into an intense interiority, which combined “mind games” — telling herself that “who you’re attracted to isn’t a big part of life anyway” — and prayers of confession uttered ten times a day.

She also stopped eating at school, punishing a body that “seemed to be betraying me with its sinful desires”. While the worship songs that she composed at home were already receiving a warm reception at her church, the record on repeat in her own mind reminded her that she was “broken and sinful”.

THE first person she confided in was a Roman Catholic priest, during a youth weekend away. She asked for forgiveness and to be “set free”, and remembers him being kind, praising her bravery, before reading a prayer of absolution.

Her second attempt to secure healing took place at a youth camp in Warwickshire (she has always refused to name it, unwilling to cause the organisers “unnecessary problems”, and unconvinced that what took place is limited to their event). She was struck by the testimony of a teenage girl who took to the stage to announce that she had been “set free from the sin of homosexuality”.

When she summoned the courage to go forward for prayer, she found herself surrounded by four or five adults praying loudly over her for deliverance from “the demons of homosexuality”. Until this point, she had never imagined that being gay was caused by demonic forces. Her tears were interpreted as a sign of a successful intervention, and she left clutching tissues, with advice ringing in her ears that fasting might be necessary to complete the deliverance.

Had the organisers not stopped running the conference in recent years, she would have got in touch with them, she says now (she has confirmed that it was not Soul Survivor). She suspects that “probably any Christian youth conference is ill-equipped, I think, at the moment to deal with any young person that comes forward for prayer saying that they are LGB or T”.

She has received emails from teenagers who have attended “all the big-name Christian youth festivals that you can think of, saying that similar things have happened to them there — not quite as dramatic, with so much shouting, but people have been praying for them to be healed of or set free from being gay or being trans, and I just think that needs to stop.”

She was in her early thirties before she confided in another person. Much of the memoir is an account of living undercover: rushing from dinner at Wycliffe Hall, Oxford (where she was a theology undergraduate), to an empty library, so that she could look up books on sexuality without being detected; worrying that band members would work out the reason why she didn’t have a boyfriend. A repeated refrain was her desire not to “let anyone down”.

Perhaps it is in the more conservative Evangelical Churches that LGBTI people have to hide their innate sexual identities even more discreetly than in any other Christian community. This,  as a general rule, is because of a more strict understanding of the ‘Sola Scriptura’ mentality that, for instance, rates anything other than normal binary hetero-sexual orientated relationships to be ‘against God’s Word’  and, therefore, out of bounds to local church community leaders and their followers.

Sadly, this is one of the more devastating causes of emotional and moral instability for the mostly young LGBT+ people in the Church who grow into an understanding of what seems to their local Church leaders as a theological and moral crisis. Often, in the early stages of their human development, in such an environment, young people are taught that it is morally wrong to entertain any thoughts of same-sex attraction, this being the basis for all sorts of moral degradation that could lead to social and spiritual ostracism and moral decay.  Some are led to believe that only heterosexual marriage, with child procreation as its goal or celibacy, are legitimate avenues for instinctual sexual activity.

The stories of ‘Lizzie’ (whose suicide because of her problem of living with her same-sex attraction vis-s-vis her religious faith) which led  Vicky Beeching to tell her own story in her book – ‘Undivided: Coming out, becoming whole, and living free from shame’ – and Vicky herself, are both a testimony to the difficulties faced by those young people in the Church whose lives are fraught with the tension between their membership of their Church and the reality of their own inner sexual longings, natural to them.

Fortunately, many Church leaders – including even Pope Francis, leader of the Roman Catholic Church, are becoming aware of the dangers of repression of innate sexuality which happens to be different from the ‘norm’. Pope Francis, when asked of his opinion of homosexuality, famously was heard to say: “Who am I to judge – if such a person loves God?” More enlightened Christians around the world are now fully accepting of the need for a more open attitude towards a group of human beings whose sexual orientation is different from the binary and who want to live a life of companionship and love with a same-gender person.

The tragedy, though, is that some Church Leaders – most in Africa and the Global South –  As witness the delegates to GAFCON111 in Jerusalem recently – but also of the more strict Evangelical Churches and Sects -are determined to oppose any relaxation of the old-fashioned idea of any sexual expression outside of heterosexual marriage as being ‘of the Devil’ and not in accord with Christ in the Christian Scriptures. What seems to have been overlooked is that The Christ in the Gospel was more tolerant of sexual sinners than he was of the hypocrisy of the Scribes and Pharisees, the Keepers of the Jewish Law, whose own lives did not necessarily accord with the hospitality of the New Commandment – to Love God and One’s Neighbour, in the way that the ‘God so loved the world’ – with Jesus as the only means of salvation and redemption of all who believe.