Transsexuality and The Church

in Christian praise – and unconditional affirmation – of transgender marriage 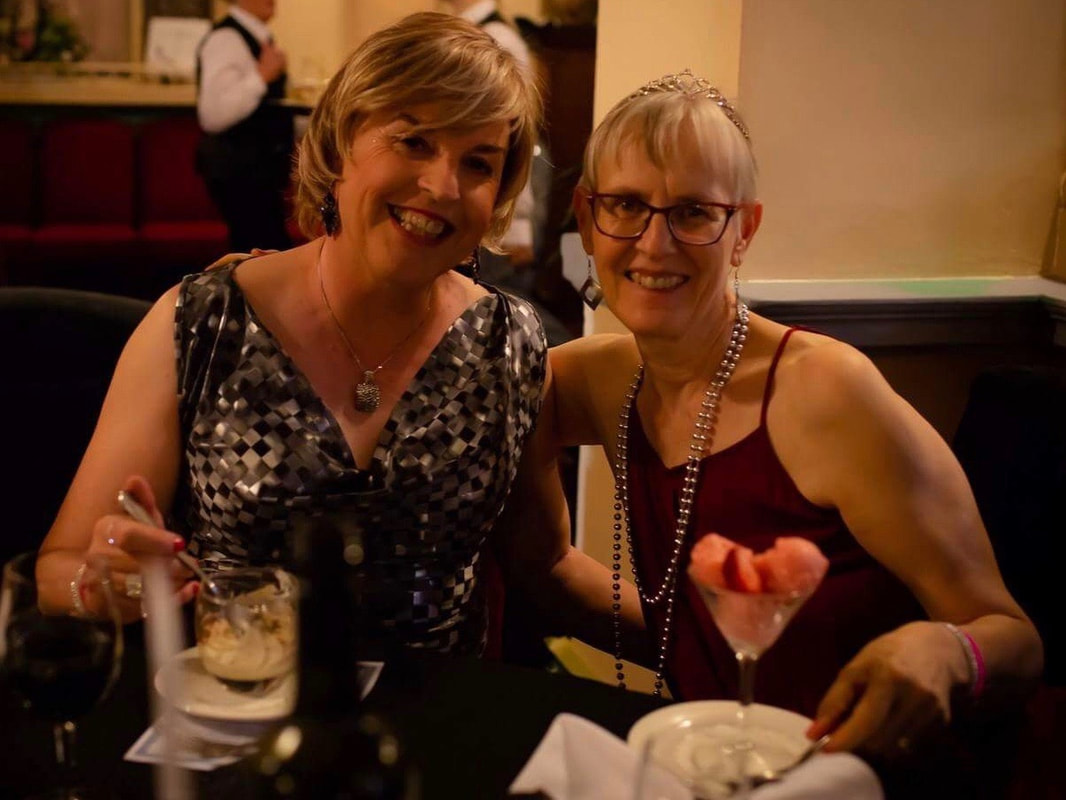 In times to come it will be extraordinary to imagine that some Christians insisted on married transgender people divorcing if they wished to claim their full identity.  How scandalous a betrayal of God’s love and Christ’s teaching this is!   It has been a long journey to address this in secular law in Australia and, sadly, the battle is not over in some religious quarters as well as in many parts of the world.   Queensland, in which I now live, thankfully finally changed its law last night (with only four votes against, from the fringe Katter and One Nation parties).  Hitherto, married transgender people have had to divorce if they changed their birth certificate to their true gender. I rejoice for friends and others who will directly benefit from this.  For I know the pain this law has caused and have personally therefore lobbied hard for change.  It will also be an encouragement for other necessary steps forward and for more religious people to come to their senses and renew their understanding both of marriage and of people of gender diversity.

I write this with feeling, as well as after deep reflection on these subjects.  For the status of my own marriage is under question in some slowly moving and blinkered parts of the Church, even in Australia itself.  A leading member of the Anglican Diocese of Sydney for example has even gone so far as to challenge both my marriage and the ministry of my wife and I as ‘living contrary’ to the doctrine of Christ – see further transgender and the doctrine of marriage in Brisbane.  Of course, in that instance, the aim is a distinctly political one: to attack my archbishop, my diocese and the mainstream pastoral approach and unfolding theology of the Anglican Communion as a whole.  Yet such ‘stop the world, we want to get off’ thinking will not work.  The ground is shifting in religious spheres too, as the actual lived experience of transgender people and their loved ones is gradually being revealed.  Anglicans and other Christians across the world are responding, if sometimes hesitatingly, burdened as we are too much by our often exacting processes and the frenzied reactions of some.  The Church of England for example, the church of my birth, has declared that it fully welcomes me and other transgender people, at every level of its life.  As its leadership have expressed it (with my emphasis):

The House of Bishops welcomes and encourages the unconditional affirmation of trans people,equally with all people,within the Church, the body of Christ,and rejoices in the diversity of that one body, into which all Christians have been baptized by one Spirit.

My concern however is not with politics but with the love of God in people’s lives.  For, in some ways, in the face of such great odds, transgender people are still ‘living miracles’ even to exist at all – and some of us, tragically, do not make it.   Our relationships are also always challenged, and sometimes shattered, by becoming more fully the people God has created and called us to be.  The misery of rejection some of my gender diverse friends endure cuts me to the heart.  So why would we not seek to strengthen those relationships which have not only worked through demanding change but have emerged stronger? In my case, and in others I know, my marriage is so much deeper for the full truth we live together.  My wife could long see that we were suffering unnecessarily for years: ‘where has Josephine gone?’ she would say when I struggled to come to terms with myself.  She knew, better than I, what I, and we together, needed.  No marriage is 100% perfect, and I do not pretend to be a moral paragon in my relationships in the past or present, but it is insulting, as well as disappointing, when fellow Christians cannot recognise that my marriage, of 33 years to date, is not a rich example of God’s sacramental love to the world (nb. that is my wife and I above in case such a picture is needed).

In transitioning, I and others have not chosen (as has been alleged) ‘to challenge the Biblical view of marriage’ or to place my archbishop, or any one, ‘in a difficult position’.  Rather, we have simply sought to respond more fully, faithfully, with the whole of our being (as human beings, Christians, and priests), to the love of God for us.  Of course, this means that we need to renew some aspects of received understanding.  That however is the history of Christianity, as well as that of humanity as a whole, as we have developed our theology of marriage over 2000 years: working through inherited patriarchy and polygamy, rejecting women’s subordination (and, for most of Christian history, lack of legal rights), developing compassion and legal recourse for those trapped in violent or unhealthy marriages, and embracing what is good in companionate relationship.  Moving beyond the pressing past survival and scarcity preoccupations which informed obsessions with  procreation and cis and hetero-normativity, our liturgies today increasingly reflect the wisdom we have gained and the love to which we aspire.  There is a desperate resort of late to seeking proof-texts, such as Genesis 1.27 and Matthew 19.5, which may turn back the waters.  However, apart from the inability of such texts to be bear the strain (even when isolated from their context and the weight of scholarship), this only confirms such Christianity as a latter day Canute, fruitlessly resisting a sea-change of love and affirmation.

I therefore urge all people of faith similarly to affirm unconditionally the lives, marriages and loving relationships of transgender people.  Rather than be anxious, never mind put stumbling blocks in our lives (or worst still ‘conversion’ therapies), why not work with us at providing appropriate pastoral resources to strengthen our relationships?  We certainly need them.  Listen, educate, and above all hear and affirm the love and faith we have to share.  It is astonishing to me that Christians would not want to see healing and the renewal of such love for others.  Marriage, like the sabbath, as Jesus might have said, is not made to subjugate the wondrous diversity of human life into a constricting bed of pain.  Marriage, at least for Christians, is made for God’s renewing of humanity.

__________________________________________________________
Having welcomed into the Church community a couple sharing the distinctive and remarkable relationship of a married couple – one of whom has been able to openly celebrate his/her transition into the gender status she has always been aware of, but never before able to express, even to her espoused partner,  I can really understand  – better, perhaps, than most – the situation this Australian couple has had to experience – both as a couple and as members of a Christian congregation in Australia.
The fact that there are couples in the Church who have found it necessary to adjust to the later discovery of the innate gender disposition of their relationship – that needs to find a new accommodation to the difference – should actually receive the support and encouragement of the Church community, rather than it’s instinctual disapproval.
It occurred to me, some years ago, when I was in a situation of temporary care of a country parish in New Zealand, when confronted with an apparently same-sex couple – one of whom turned out to be a person who had transitioned from being  a male to become a female – that I should quietly introduce them into the community as a married couple gifted to us by God to nurture and respect in the relationship they had become used to as identifiably of the same gender.
After a period of adjustment, the local parish community adapted to this new situation, inviting the couple into their own homes and accepting that they had become a part of the body of Christ in that particular place. The transitioned partner in this marriage eventually became a parish representative on the local diocesan synod and has been influential in helping other synod members to understand the complexity of human gender and sexuality realities.
Despite even the Church of England’s seeming slow pace in its acceptance of gender and sexuality differences among its congregations – and out in the wider world – this issue of transsexuality has already been addressed by the Church of England’s House of Bishops, as identified in this quote from the above article:
“The House of Bishops welcomes and encourages unconditional affirmation of trans people, equally with all people, within the Church, the body of Christ, and rejoices in the diversity of that one body, into which all Christians have been baptized by one Spirit”.
The time has come for the Church to acknowledge and welcome people whose gender and sexual identity is diagnosed as different from the binary norm. This has been recognised by the outside world, and it is time for the Church to acknowledge the reality of human complexity that this extraordinary situation demands of us all.
Father Ron Smith, Christchurch, New Zealand