Evangelical support for Trump not justified

Evangelical support for Trump is not justified, says Bishop of Liverpool 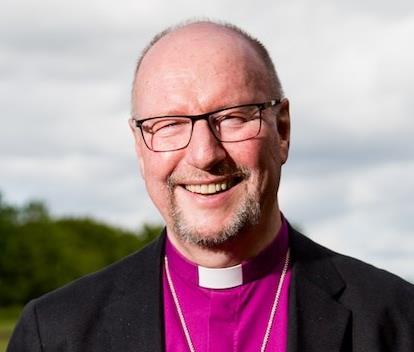 Critical: the Bishop of Liverpool, the Rt Revd Paul Bayes

THE Bishop of Liverpool, the Rt Revd Paul Bayes, has criticised conservative Evangelical Christians in the US for their “uncritical support” of President Donald Trump.

Bishop Bayes told the Guardian that he did not think it was “justifiable” for Christians to support “a system that marginalises the poor”.

“Whenever people say those kinds of things, they need to be able to justify that they’re saying those things as Christians, and I do not believe it’s justifiable.”

He acknowledged that not all Evangelicals in the US were supporters of President Trump, saying that there were “many, many Christians who are trying to proclaim the gospel as we’ve received it, even if that means political leaders have to be challenged.”

But, he said, “some quite significant so-called Evangelical leaders are uncritically supporting people in ways that imply they are colluding or playing down the seriousness of things which in other parts of their lives [they] would see as really important.”

Last month, the Archbishop of Canterbury said that he could not understand Christians who supported President Trump (News, 1 December Features,10 November). In his Christmas sermon, he criticised “populist leaders that deceive” (News, 27 December 2017).

Bishop Bayes, who is currently on a sabbatical until March went on: “If people want to support right-wing populism anywhere in the world, they are free to do so. The question is, how are they going to relate that to their Christian faith?

“And if what I believe are the clear teachings of the gospel about love for all, the desire for justice and for making sure marginalised and defenceless people are protected, if it looks as though those teachings are being contradicted, then I think there is a need to say so.”

He was speaking at the launch of the Ozanne Foundation, a charity that aims “help educate and advocate on LGBTI and gender rights around the world, particularly within religious organisations that are opposed to non-heterosexual relationships”.

It will be led by Jayne Ozanne, an Evangelical member of the General Synod who in July prompted a debate that led to a vote to call on the Government to ban conversion therapy (News, 14 July).

Bishop Bayes, who will chair the foundation, said: “We need to find appropriate ways of welcoming and affirming LGBTI people who want their love recognised by the Church.

“I have long been an admirer of Jayne Ozanne’s strong clear advocacy for LGBTI people and other groups who have suffered hurt and abuse — not least at the hands of the Church — and I believe her work should be actively supported and encouraged.”

Other trustees include the Dean of St Paul’s, the Very Revd Dr David Ison; the Archdeacon of Rochdale and the Prolocutor of the Lower House of the Convocation of York, the Ven. Cherry Vann; and the editor of the Church of England Newspaper, Colin Blakeley.

The foundation is currently being registered with the Charity Commission.

It is significant that the Anglican Bishop of Liverpool, in his inaugural speech at the opening of the Jayne Ozanne Foundation in the U.K., should criticise the support of U.S. Evangelicals behind the U.S. President Donald Trump’s marginalisation of the poor and the disenfranchised in the U.S.

The Jayne Ozanne Foundation (named in honour of a Church of England General Synod campaigner for the LGBTQ movement) was recently launched to provide education for Anglican Churches around the world on matters of gender and sexuality. Bishop Bayes has agreed to be its inaugural Chair.

A strong Evangelical Bishop himself, Bishop Paul is keen to encourage the Church of England and other Anglican Churches around the world to embrace people on the margins of the Church and to work for justice and peace in every place where it is being resisted.

It should not be surprising, then, that he has used this occasion to point to the inequities of the Trump regime in the United States of America, and to the inconsistency of the support given to Donald Trump by certain Evangelical supporters – especially those of the Pentecostal Churches that have sought to gain special benefits from their open support.

In this particular situation, Bishop Bayes is following up on the remarks made by the Archbishop of Canterbury, ++Justin Welby, as mentioned here:

“Last month, the Archbishop of Canterbury said that he could not understand Christians who supported President Trump (News, 1 December Features,10 November). In his Christmas sermon, he criticised “populist leaders that deceive” (News, 27 December 2017).