The Catholic church should accept married men for ordination in an effort to prevent the extinction of priests in Ireland, a prominent clergyman has urged, amid warnings about rising rates of depression, isolation and suicide among the ageing priesthood.

Father Brendan Hoban, a co-founder of the Association of Catholic Priests (ACP), said urgent action was needed to counter the “vocations crisis”. As well as ordaining married men, those who had left the priesthood – sometimes to get married – should be invited back, and women should be ordained as deacons, he told the Guardian.

Married priests would be a “massive change”, he conceded. But he added: “At the end of the day, without the priests there is no mass, and without the mass there is no church. So we see in Ireland a huge eucharistic famine in a few years’ time.”

The number of parish priests in Ireland fell by almost 17% in the 10 years to 2014, from 3,141 to 2,627, according to the church’s most recent statistics. About a quarter of the 2014 figure were thought to be retired already, and “the vast majority of those remaining in the priesthood are in their 60s and 70s – or even 80s,” said Hoban.

A survey by the ACP in 2012 found that almost nine in 10 Irish Catholics wanted priests to be allowed to marry. “The situation is imploding because priests as a body are getting older and older and there are very few priests coming after us. So people see this huge dilemma,” said Hoban.

Pope Francis – who is to visit Ireland in 2018 – was reportedly keen to examine the possibility of married priests at his next synod of bishops. However, the Vatican announced in October that its theme would be young people and vocation after the issue of celibacy was voted down by the body that decides the synod’s agenda.

In an address given in November to the ACP annual general meeting, Hoban warned that the priesthood in Ireland was a “lost tribe; we’ve come to the end of a long line”.

When he was ordained in the 1970s, he told the meeting, “parish priests took for granted that they were admired, respected and supported by their parishioners. Their words were infallible; their decisions confident and unquestioned … Now, we’re often pitied, patronised, reviled, insulted, disrespected, ignored and resented.”

At best, he added, “we’re now little more than a ceremonial presence on the sidelines of life”.

He said priests who “can’t wait to get off the stage” by retiring were manipulated into staying on beyond the age of 75 because of a lack of younger clergymen.

“We’re expected to work longer and harder … The effect of our increased and ever-increasing workload is that as we morph into sacrament-dispensing machines, we find pastoral work less and less satisfying.”

He went on: “With the implosion of our church, the unease and inconvenience and isolation of our lives, with the regrets and ambivalences that disturb our waking hours and with our singular lifestyles, we’re prone to depression in one or other of its malevolent manifestations.” 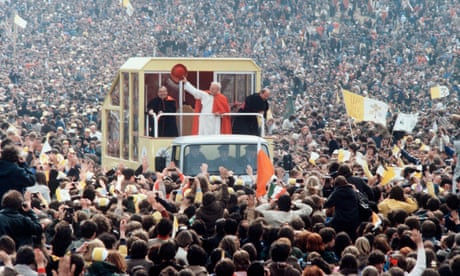 Ireland gets ready for first papal visit since 1979

He told the conference suicide had increased among priests in Ireland, but speaking to the Guardian he acknowledged that there was no firm data available.

“A lot of this is hidden. But certainly in the past number of years, there have been five suicides. We’ve no doubt at all that it is increasing and it hides a whole subculture of depression, isolation and loneliness that priests are now experiencing in parishes and that we ignore at our peril,” he said.

His said his speech had triggered a huge reaction from priests and the public, but a “very muted” response from bishops, whom he accused of at best ignoring the problem and at worst bullying clergymen into working longer and harder.

Since the ACP was established six years ago, it had sought “realistic and respectful engagement with [bishops] to discuss issues that we believe are really fundamental to the future of the Catholic church”. The ACP has about 1,100 members – more than one in three priests in Ireland.

He said meetings with bishops had been friendly. But he added: “They don’t seem to want to talk to us very much any more. We’re very disappointed that they haven’t taken on board what we’re saying. They’re effectively in denial about the problems facing the Catholic church in Ireland.” 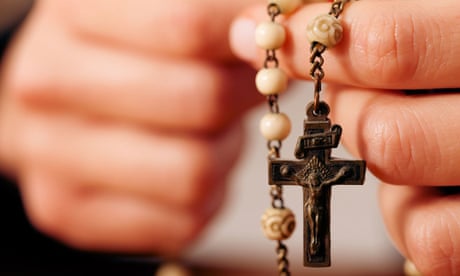 Hoban acknowledged that the church had lost respect in society “because of what’s happened particularly in respect of the child sexual abuse scandals and the way they were handled – denials, lack of transparency and openness”.

Individual priests and some bishops continued to have good relationships with their parishioners but “institutional authority and respect has gone. It’s been a huge revolution, a huge drop in the status of the church.”

The ACP was not a trade union nor a thorn in the side of the church, Hoban said. “We’re loyal to the church, and loyal to Rome and loyal to our beliefs, but we also feel a huge responsibility to say what we think needs to be said at this critical juncture.”

In response to a request for comment, the Irish Catholics Bishops’ Conference forwarded a letter sent by Raymond Browne, the bishop of Kerry, to Hoban in October, which said: “The current challenging situation for the future life and mission of the church in this country requires that all of us work together.”

It added: “Overall, the bishops are committed to working with priests at every level in ensuring that we are all wholeheartedly proclaiming the gospel and serving the people of God.”

Father Brendan Hoban, a co-founder of the Association of Catholic Priests (ACP) in Ireland is not the only Roman Catholic who is contemplating the future of the Church in Ireland. The dearth of male vocations to the priesthood in that country might come as a surprise to those who have always considered the ‘Emerald Isle’ to be a securely Catholic country, from which trained clergy were sent out to other countries in mission.

Despite this earlier reality of life in Catholic Ireland – the country to which Pope Francis is planning to make a visit in the near future – there has been a gradual decline in vocations of both women and men to the Religious Life; as well as of men to the life of parochial priesthood. Where mission in former British Colonial countries was once a target for the output from Irish seminaries; such ministry is now largely supplied by priests from Asiatic countries. In New Zealand, for instance, this fact has been borne out by the recent situation in local parishes here, where Asian priests are filling the role of parish clergy, which was once the sinecure of priests from the ‘auld country’.