“What was your dad like when you came out?” When people discover I’m both gay and the son of an Anglican vicar, the Reverend Ian Godfrey, their response is often a predictable variation of this question.

The assumption is, of course, that a devout, spiritual servant of God will at the very least have a few reservations about homosexuality. They’re picturing criticism, rejection, maybe even abandonment. 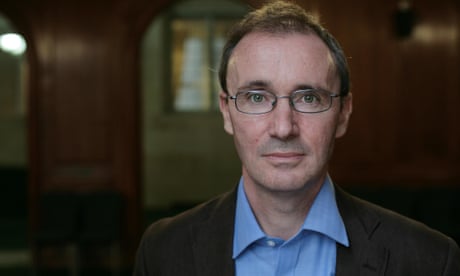 I empathise with the insinuation. The church’s attitude towards the gay community has never exactly been harmonious, and the institution undoubtedly still has something of a homophobia problem.

The division between the two communities resurfaced at the beginning of the month, when the bishop of Grantham revealed he was in a same-sex relationship. In response, more than a dozen clergy – also in same-sex marriages – signed an open letter urging bishops to show greater inclusivity to the gay community, an act that enraged the more conservative elements of the Anglican church.

Both camps are entrenched to such an extent that some vicars expect the issue will result in the split of the Church of England. All things considered, I can forgive people for wondering if my experience growing up the gay son of a preacher man was hellish, so to speak.

I was in my second year of university when I came out to my parents. I did so first to my mum over the phone. Though a little shocked, she offered all the unconditional support I could have hoped for. But as the conversation ebbed towards telling the rest of the family – my dad, older brother and younger sister – I copped out, asking her to do it for me.

When I think back to how he was with my coming out, I’m left with a cascade of immense gratitude and lingering guilt

Coming out to your dad is a moment that defines so many gay men – an idiosyncratic flashbulb memory they can recall with ease, the coming-out tale they default to when asked the inevitable question. Mine was such a moment – if only for the complete dearth of drama that followed. It’s a vague haze, compared with the countless other conversations I’ve had with friends and family members.

He phoned the morning after I’d talked to my mum, opening the conversation with praise for my courage. Aside from this remark, though, I barely remember the conversation. We certainly didn’t discuss the revelation in any depth – because of its irrelevance, not awkwardness. It was a nonevent. Nothing had, or would, change.

Last June, six years on from coming out to him, I drove up to his vicarage in Goostrey, an old farming village my parents moved to in 2011. My dad had just come out of hospital after a very near miss: his heart had arrested three times, stopping altogether twice. He was arriving home that night, so the plan was to surprise him on a weekend that fortuitously coincided with Father’s Day.

My boyfriend sat in the passenger seat; it would be the first time my dad would meet him – or any of the guys I’ve dated. When we walked through the door and into the kitchen, my dad – in his affable way – welcomed him into the house with all the warmth and fervour he would a parishioner.

It was the last time I would be with him in the family home. My dad passed away last month. At the age of 59, he died peacefully, unexpectedly and far too early after contracting MRSA following a short illness. He was buried a few weeks later at the cemetery of one of the churches he presided over – St Peter’s in Swettenham.

Since my dad passed it’s fair to say I’ve thought about him and our relationship a lot. Having spent 26 pretty awesome years with him it would be impossible not to. The immediate, debilitating grief has, for the most part, subsided; now when I think back to how he was with my coming out, I’m left with a cascade of immense gratitude and lingering guilt. Gratitude for the unconditional support he showed me when I did; guilt for never actually thanking him for it.

There were four months between that first spell in hospital and his eventual passing. I’m thankful that during the time in between he got to finally see me standing before him, a proud gay man with his boyfriend, the product of his invaluable upbringing. And that if I had tried to thank him for his unwavering support when I came out, his response would have been to bat away any gratitude with an “I’m your father, it’s what I’m here for” sort of remark. It was that simple to him: instinctive, resolute, unconditional.

It would be crass of me to use this space to attack the homophobic elements within the Church of England – and I’m not quite sure what my dad would make of me using his death to attack his former employer – but I will say this: his faith taught him to love people unconditionally, so that’s what he did. No matter how complex the conflict between religion and homosexuality is made to be, by all parties, it really is possible to just wholeheartedly welcome, embrace and champion both. He did, and he made it look so easy.

Likewise, that question people ask me when they find out my dad was a vicar, “What was he like when you came out?” It’s one of the easiest I’ve ever had the pleasure of answering. He was perfect.

These items from the Guardian web-site offer a view of the Church of England’s ability to contain different views of homosexuality amongst its clergy.

At a time when a commission of ten bishops is agonising over whether the Church can fully accept the LGBTI people within its family and ministry, these stories encourage those of us who really believe that gay people may be a gift of God to the Church at this time of its history – if only to enable the charism of compassion and loving-kindness into its doctrinal mix.

2 Responses to Compassion & The Church