Posted on September 9, 2016 by kiwianglo

The head of the Anglican church in Australia has said it “must accept” a change in the civil definition of marriage if the plebiscite approves marriage equality, but it is unlikely the church’s doctrine will change.

In a letter to the nation’s Anglican bishops, the Melbourne archbishop Philip Freier also threw his weight behind a plebiscite, saying the government had a mandate for the policy and it would make the social reform easier to accept.

On Friday, Freier wrote that he personally “welcomes the plebiscite, though with strong reservations that we must guard the tenor of the debate, and keep it positive”.

He noted uncertainty over whether a plebiscite would be held because of parliamentary opposition, but said the government had campaigned on it and after being re-elected had “the reasonable expectation of honouring this commitment”.

The plebiscite faces an uncertain future – the Greens and Nick Xenophon Team are pledging to block it and Labor is highly likely to do the same. 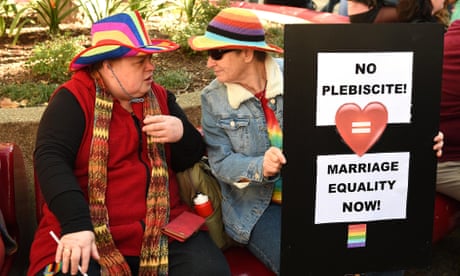 If it is held, Christians should “vote according to their conscience and their view of what is best for society”, Freier said.

“It is proper to expect that the parliament should honour the results of the plebiscite.

“Should the vote be in favour of same-sex marriage as suggested by the opinion polls, the church must accept that this is now part of the landscape.”

The most recent opinion poll, by Essential, found 62% of respondents were in favour of same-sex marriage.

“We can still stand for and offer holy matrimony between a man and a woman as a sacred ordinance given by God, while accepting that the state has endorsed a wider view of marriage,” Freier said, likening it to acceptance of state recognition of de facto relationships.

He said Christian doctrine “remains unchanged, that marriage is between a man and a woman” and it was “unlikely” the Anglican church would revise its doctrine.

“But that said, the church also understands the desire of two people to express their commitment of love and self-sacrifice to each other and that Christians have not always shown the respect or perspective they should.”

Freier said the church should be “more pastorally sensitive” about the feelings of LGBTI people but it was “not only Christians who have sometimes failed” to refrain from “harsh or vilifying” language.

A civil marriage equality debate? Only if leaders call out homophobia wherever it occurs

In a statement, the spokesman for LGBTI rights group Just Equal, Ivan Hinton-Teoh, said: “Just because archbishop Freier wants a plebiscite to be respectful doesn’t mean it will be.

“We are already seeing hateful flyers and pamphlets being distributed and this will increase a hundred-fold during a plebiscite.

“I would expect the church to accept a positive plebiscite result but I would also expect it to accept a majority vote in parliament,” Hinton-Teoh said.

He dismissed Freier’s claim that the government had a mandate for a plebiscite, citing the lack of details about it before the election.

“We strongly agree with the archbishop that the introduction of civil marriage equality in Australia will have no negative impact on religious marriage,” he said.

“Like the archbishop we share his belief in the value of life-long committed relationships and the simple desire of two people wanting to build a secure future,” he said. 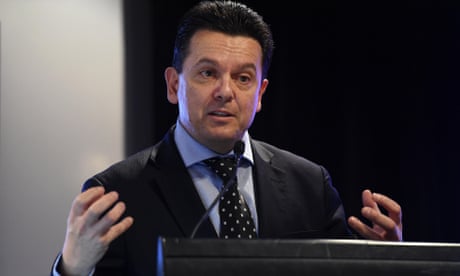 “Regardless of the pathway to achieving marriage equality, we join with the archbishop and call for a positive and respectful national discussion on the issue.”

The Australian Christian Lobby managing director, Lyle Shelton, told Guardian Australia it was a “statement of the obvious” that the church would have to abide by a legal change to the marriage law.

He refuted the suggestion that the letter undermined the ACL’s argument that same-sex marriage would impinge on religious freedom or undermine traditional marriage.

“Freedoms have been taken away in countries like the US, Canada, Ireland and the UK where dozens of people have been fined or taken to court because of their beliefs about marriage,” he said.

Asked about the civility of a plebiscite debate, Shelton said: “I agree. Everyone should be respectful.”

In the furore currently being whipped up across the Tasman in Australia, about the possibility of a Plebiscite on Equal Marriage Provisions by the Australian Parliament, the Anglican Archbishop of Australia, Melbourne archbishop Philip Freier, has called for a respectful and open discussion of the subject – while yet stating that the Church’s position on Marriage as between two people of the opposite sex will not change.

What would be different is that the Church would respect whatever the Government decides to do in this important matter of social justice; giving due respect to the law of the land.

While advocates of a change in the law may fear a negative feedback from those opposed to Equal Marriage in Australia, presuming that they may try to stir up further bitter opposition in hateful campaigns against E.M.  – and there may be a real danger of this happening –  the decision whether, or not, to hold a Plebiscite (a country-wide opinion poll) is in the hands of the Parliamentary parties and, if this goes ahead, the Church, says Doctor Freier, will have no option but to go along with the decision.

It seems that Mr. Fraser’s Liberal Party will not allow for a straight debate in the Australian Parliament that would most likely vote for the new legislation to allow Equal Marriage but, whatever the outcome, the Anglican Church will accept the consequences without necessarily altering its existing constitution on Marriage.