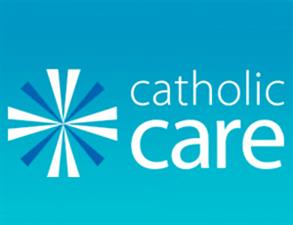 The charity Catholic Care has been refused permission to appeal against a ruling that it cannot exclude gay couples from using its adoption service.

The charity tribunal ruled in April that the charity could not change its objects to restrict its services to heterosexual couples only.

The charity applied for a review of this decision, which if granted would have been its fourth legal bid for permission to discriminate against gay couples.

Papers published by the tribunal show that, in its application for an appeal, the charity argued that in its two-day hearing in March, which led to the April judgement, “the tribunal disregarded the paramount consideration of the interests of children in need of assistance”.

Catholic Care argued during the March hearing that, if it were not permitted to discriminate against same-sex couples, it would lose its funding from the Catholic Church, which would force it to close down its adoption service. The charity, which is based in Leeds, has facilitated about five adoptions a year in recent years.

The tribunal’s decision says the charity argued in its application for an appeal that “no reasonable tribunal could have failed to mention the charity’s evidence to the effect that a saving to the public purse would be achieved by the availability of the charity’s voluntary funding [from the church]”.

In the document, Alison McKenna, principal judge of the charity tribunal, wrote: “I have concluded that the grounds of appeal before me do not identify ‘errors of law’ in the decision.

“In the circumstances, I conclude that there is no power for the tribunal to review its decision in this case and I have also, for the same reasons, concluded that permission to appeal should be refused.”

Benjamin James, a solicitor at the law firm Bircham Dyson Bell, acting on behalf of Catholic Care, told Third Sector the charity could appeal to the Upper Tribunal for a review of the charity tribunal’s decision not to allow the appeal. He said trustees had not decided whether to do so.

” The Equality Act 2010 gives no right to complain about discrimination emanating from the church.” –  Charity Tribunal Finding  –

This sad situation, where the Roman Catholic Diocese of Liverpool, U.K. has appealed against the U.K. Charity Tribunal’s decision not to allow the Catholic Adoption Agency to discriminate against same-sex couple offering to adopt children under it’s care, highlight’s the local R.C. Bishop’s intention to continue discrimination in this area of child welfare. It is good that the Charity Tribunal has resisted this challenge to the new law.

To discriminate against adoption by gay couples, whose intention is purely for the ultimate good of the child – and not to attempt ‘disciple’ the adoptee into a ‘gay life-style’ (as is the fear of the applicants for the ability to discriminate) – is nothing short of scandalous in today’s world of the shortage of ‘suitable’ adoptive parents.

Ultimately, the children who might miss out on the love and nurture that could be on offer from a monogamous, partnered, gay couple may have cause to regret the fact that the Church, in this case Roman Catholic, denied them the right to the parenting that could have secured for them the environment of a loving home situation.

This might be thought of as Jesus saying: “Suffer the little children to come unto me” – “except if  the would-be caring parent-substitutes happen to be gay”.