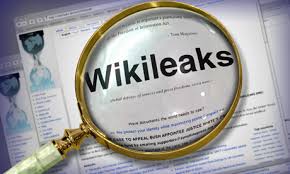 VOL was able to intercept various communiques and other classified documents from the Anglican Consultative Council in London, 815 2nd Avenue, NYC and Lambeth Palace on the inner workings of the Anglican Communion. In bringing these files to you, VOL believes that Episcopalians and Anglicans worldwide should be made aware of what is truly being said behind closed doors in all its depth and venality. Presiding Bishop Katharine Jefferts Schori and her advisors share their anxiety about Rowan Williams’ devotion to prayer and what He might hear from God.

Jefferts Schori: Come to order, please. I want to give you my assessment of talks I had with Rowan recently about the upcoming Primates meeting in Dublin. As you know, some 10 primates said they wouldn’t be attending because of me. Frankly, I’m appalled at the narrow-mindedness of primates like Okoh…(he is so like his predecessor Akinola whom I couldn’t stand, and over time really hated. What an arrogant b*****d he was). It seems now we are seeing a repeat of the same tired old rhetoric, fundamentalism and homophobia that we are used to…when are they going to grow up and see the world for what it is and not what they would like it to be? All that garbage about personal salvation…just get people baptized for heaven’s sake.

Bishop J. Neil Alexander: Katharine, I think we need to cool our jets a bit. Remember, those 10 Primates represent 80% of the Anglican Communion…    ”

Believe it or not! This sort of degrading material actually appears on what one might be led to think was a ‘responsible’ Anglican web-site.

Begun some years ago – around the time that the North American Anglican (soon-to-become ACNA) dissidents were linking up with certain African Provincial leaders planning to infiltrate the Provinces of TEC and the Anglican Church of Canada with their anti-gay agenda – this so-called ‘Virtue on Line’ web-site, hosted by – wait for it – an ex-Baptist named David Virtue, purporting to represent:  ‘The Voice for Global Orthodox Anglicanism’, was launched to shore up the emerging dissident (now ACNA) movement against TEC and the Anglican Church of Canada.

Under the heading ‘VOL Exclusives’ the above article appears to be a faux- Anglican (Virtue) Communion version of the current ‘Wiki Leaks’ scandal.

Labelled as ‘Satire’, Mr Virtue obviously hopes these (his) acrimonious remarks about the Presiding Bishop of TEC, the Archbishop of Canterbury and other progressives in the Communion, will be seen by his conservative constituency, who normally rally to this site, as an offering of the sort of humour typical of his presentation of events within the Communion.

One only has to log onto his web-site, where Virtue presents articles under different headings to suit his particular brand of subjective reporting, in order to realise the bitterness with which he and his supporters look upon the efforts of TEC and the Anglican Church of Canada to bring the North American Churches up to date on human development issues that necessitate a new theology on the place of women and gays in the Church and in Society in North America.

Mr Virtue’s vitriolic brand of commentary can be gleaned at regular intervals from all of the gatherings of ACNA, GAFCON and the Global South entities – to which he has a permanent pass. (He must have almost as many air-miles to his credit as many of the globe-trotting GAFCON Primates he has struggled to get close to).

I am bringing this article to the attention of New Zealand Anglicans who may not be aware of the vitriolic intensity with which certain anti-gay promoters (including David Virtue) within the ranks of the Communion target any movement towards the emancipation of gays within the Provinces of the Communion. The sheer hatred that is directed towards the LGBT community would be unbelievable – unless one were privy to the sort of condemnation that appears on web-sites such as this one. For the Church – under any banner – to present such an example of self-righteousness, in its condemnation of the inclusivity of Jesus in the Gospel, is almost unbelievable. Thank God our NZ web-sites are a little more discreet in their offerings.

7 Responses to Vice – or virtueonline? – ‘wiki-leaks’